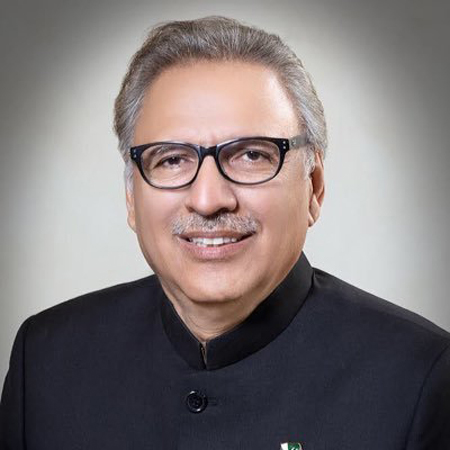 President Dr Arif Alvi has stressed upon the nation to maintain the spirit of tolerance, social equality and brotherhood in the society by shunning all prejudices.

“On this day, we all reiterate that individually every Pakistani citizen will meet duties of looking after their fellow countrymen. We reaffirm that all communities residing in this country will be treated and respected equally so that the country can further march on the path of progress and development,” he said in a message on the National Minorities Day being observed on August 11.

The president said the day had great significance in the history of Pakistan as the whole nation reaffirmed its commitment with the promise made by Quaid-e-Azam Muhammad Ali Jinnah on August 11, 1947 in the Constituent Assembly of Pakistan to safeguarding the rights of minorities.

In this perspective, the president said August 11 was being celebrated as official day for the rights of the minorities and furtherance of their welfare.

He said Islam had taught about treating of followers of different religions justly and fairly, and those lessons were learnt from the Seerat of our Holy Prophet Hazrat Muhammad (Peace Be Upon Him) and the Hadiths which stressed upon equal treatment of minorities.

The president said in that regard, the State of Madina was an ideal state in which political, social and economic rights of the followers of all religions were guaranteed. He observed that no country could achieve progress unless it had a unity in its ranks.

The president also lauded the valuable contributions made by the minorities in different sectors of life and for the progress and prosperity of the country.

“Even today, the minorities have been playing a vital role for the progress of the country by serving in education, health, armed forces, bureaucracy and other sectors,” he added.

The president further said that the nation valued their passion and hard work.