Inside IOK —findings by a Human Rights Forum 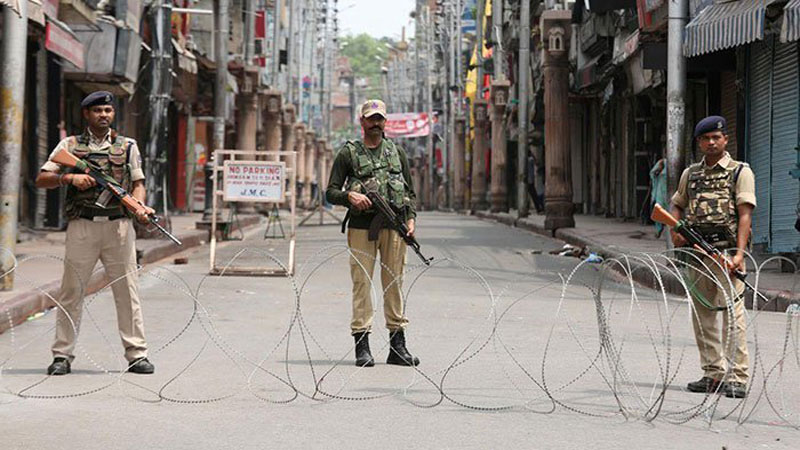 According to the information downloaded while browsing internet, this scribe came across the first report of The Forum for Human Rights in Jammu and Kashmir which was formed May 2020 in a summarized form.The same is being reproduced below for the information of the readers as how even the human rights forums work in a tainted manner, please.

The report titled “Jammu and Kashmir: The impact of lockdowns on Human Rights August 2019-July 2020″ ” launched a scathing attack against the centre and the J & K administration for the steps and actions taken after August 5 and added that the decision to scrap the erstwhile state’s special status has left the people, especially the youth, gravely disturbed”.

The report said “Kashmir has in many ways been the litmus test of Indian democracy and we have failed miserably”.

The 70 pages report of the Forum dilated on in some length on what it called “strategic China-Pakistan nexus against India, especially in Jammu and Kashmir”.

The report said ” The central government’s prioritization of counter-insurgency concerns over human security has led to an across the board violation of human rights, including the vitiation of protections such as habeas corpus , illegal detention, arrests, and misuse of draconian legislations such as the Public Safety Act (PSA) and the Unlawful Activities Prevention Act (UAPA) to stifle dissent.

“In the same manner, the 11 months of lockdown-comprising closures, barricades, checkpoints and restrictions on mobile telephones and internet connectivity – have enormously impacted public health , and caused trauma and stress among the people of Jammu and Kashmir, violating the rights to health and medical care unde the Indian and Jammu and Kashmir Constitutions. The rights of children to a trauma-free environment have been arbitrarily ignored.

“The impact on education has been particularly severe. Schools and colleges functioned for barely 100 days between 2019-2020. After the pandemic lockdown, limiting networks to 2G has made it impossible for online classes to function adequately.

“Local and regional industries have suffered large losses in almost every sector. Companies that are heavily or solely reliant on 4G networks that are available in the rest of the country, such as tourism and cottage industries, have been forced out of businesses. The new domicile rules introduced by the Ministry of Home Affairs and the Jammu and Kashmir administration, moreover, erode prior employment protections for permanent residents of the former state.

“Journalists have been harassed and slapped with draconian charges such as the UAPA.The new media policy is a death blow to an independent media and the freedom of expression.”

The Forum through its recommendations asked for “the release of all the remaining political detainees, an amendment to the controversial PSA, strict implementation of juvenile protection legislation, withdrawal of chares under the UAPA against journalists and activists, and restoration of high speed internet.

It also called for “reinstating all the statutory oversight human rights bodies of the former state that ceased to exist after the scrapping of Article 370, roll back of the new media policy, compensation to businesses and people whose homes were destroyed under in , (what it called) counter-insurgency operations:”

The report, it was mentioned, has been compiled based on NGO fact-finding reports and also responses to questionnaires sent to government sources, media, as well as information gathered through petitions and from industry bodies such as the Kashmir Chamber of Commerce and Industry.