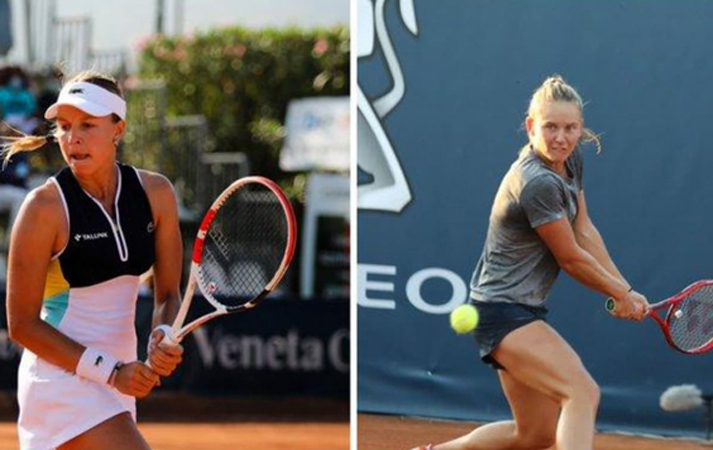 SICILY: Estonia’s Anett Kontaveit produced an aggressive display to stun top seed Petra Martic 6-2 6-4 on Saturday as she set up a title showdown at the Palermo Ladies Open with Fiona Ferro. Playing in her first semi-final since Stuttgart in April 2019, Kontaveit struck 31 winners and broke Martic’s serve five times. Martic converted a break point late in the second set to move within one game of Kontaveit but a medical timeout halted her momentum. Instead, it was Kontaveit who powered through Martic’s serve to book a place in her third claycourt final. “I felt like a played a very good match today,” world number 22 Kontaveit said. “I was quite aggressive, consistent, and I served especially well in the first set. It got a bit close in the end, but I played a good game at 5-4 and I’m happy to be in the final.” Ferro progressed to only her second WTA final after rallying from a set down to beat home favourite Camila Giorgi 2-6 6-2 7-5. The 23-year-old Frenchwoman dashed Italian hopes for a second consecutive night, having defeated former Palermo champion Sara Errani in the quarter-finals.