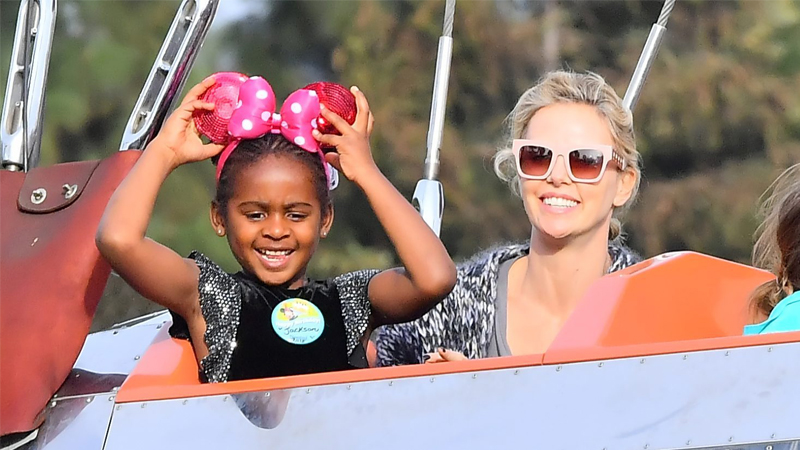 Charlize Theron had a birthday to remember! The Bombshell actress celebrated her 45th birthday on Friday, August 7, with her nearest and dearest. But in true 2020 fashion, the Oscar winner had to do things a little differently for her special day. Cue Zoom!

“My first virtual birthday party…I think my mom fell asleep 5 min in,” Charlize captioned her Instagram post. “Thank you to everyone for the bday wishes! 2020 has been a rough one but today was a bright spot for sure.”

The Mad Max: Fury Road alum shared a screenshot of her Zoom party, which also included a sweet candid photo from her two daughters: August, 5, and Jackson, 8. The trio could be seen smiling and laughing from ear-to-ear.

“Happy Birthday to the fiercest Queen of them all,” Reese Witherspoon responded.

Just last month, Charlize gave insight into her family life in an interview with Diane von Furstenberg on her InCharge podcast. The actress opened up about a significant lesson she taught her daughters.

The fashion designer discussed relationships and how it’s essential to form one with oneself.

“It’s also important to remind women that the most important relationship in life is the one we have with ourselves. Once you have that, any other relationship is a plus, but it’s not a must,” Diane said.

The Mad Max: Fury Road alum shared a screenshot of her Zoom party, which also included a sweet candid photo from her two daughters: August, 5, and Jackson, 8. The trio could be seen smiling and laughing from ear-to-ear

The actress then described August’s reaction to her response. “She had this look on her eye like she had never really contemplated that that was even a possibility and I said, ‘That is a really important thing for you guys to know.'”

“I remember two days ago just looking back in the rearview mirror and seeing my little 5-year-old’s face-her mind was blown,” Charlize added. “But, I know that that was the day that she realized there’s a different possibility.”

For the Bombshell star, she hopes this is the kind of messaging young women hear more of.

“I hope that we are raising a generation of young girls who realize that there is absolutely no shame in that game to be in relationship with yourself, to not fall into what society kind of predicts for us as what is socially acceptable, if you are not in a relationship somehow you’re a failure,” she explained. “Those are all constructs that we need to change.”