Do We Not Bleed?

One of the greatest feats of the international community in the contemporary era has been devising a universal list of humanitarian rights and freedoms that all individuals of the world are entitled to, no matter who they are or where they were born. Such rights are enshrined in the Universal Declaration of Human Rights. It is a document, which has, since its adoption in 1948, laid the basis for modern international human rights law. 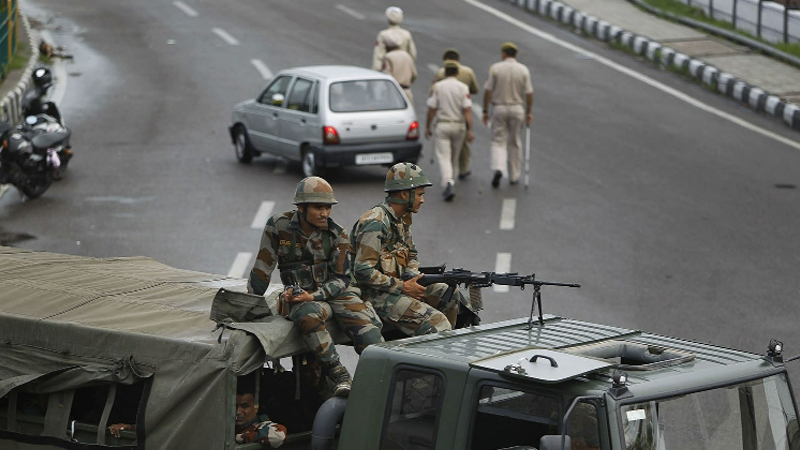 Since its passing, countries all over the world have committed to all 30 articles, including the freedom from discrimination as well as the right to life, liberty and personal security. From Bosnia to Somalia, the world community has sought to it that these freedoms and dignities be safeguarded, and in countries where they are not, the international community has let out a hue and cry.

Those that live in the Indian Occupied state of Jammu and Kashmir (IOK), however, are not as lucky. The fact of the matter is they have not been granted the rights and dignities that have been promised to them by international law. It has been a year since the Bhartiya Jannata Party (BJP)-led Indian government took the illegal decision of annexing IOK into the Union State of India. A total military clampdown and information and communication blackout followed. While the BJP leadership and its followers have hailed the decision as monumental in bringing economic prosperity and human development to IOK, the situation on the ground suggests otherwise. Since the Jammu and Kashmir Reorganisation Act of 2019 was presented, IOK has been in a state of lockdown for almost a year, but there is little to suggest that international community is aware or even concerned about the atrocities being carried out in IOK. As the world community casts their eyes away from their pain and suffering, it is almost as though the innocent civilians of the IOK are non-existent, maybe even alien.

The irony is that the world has only now, in the aftermath of the coronavirus pandemic, understood the true essence of what a lockdown entails. The innocent civilians of IOK, however, are far more familiar. In fact, during the first six months of 2020, there have been 55 instances of an internet blackout in Kashmir. So severe was the internet blackout that the Indian Supreme Court had to intervene for the partial resumption of services. Even with the Indian Supreme Court’s ruling though, the government only allowed internet access at internet kiosks under heavy surveillance. Firewalls were installed, limiting access to social media and other websites. Recall that the BJP had also introduced Temporary Suspension of Telecom Services (Public Emergency or Public Safety) Rules in 2017, a legislation that was designed to expedite the process of internet suspension. While the world has adapted to the pandemic and shifted their work and education onto the web, the IOK seems to have been thrown back to the Stone Ages.

Those that live in the Indian Occupied state of Jammu and Kashmir (IOK), have not been granted the rights and dignities, promised to them by international law

Unfortunately, Kashmiris of the occupied state have been subjugated to vast human rights violations beyond just an information blackout. They have been abused, molested, raped and even killed at the hands of the Indian security forces in Kashmir. This has made way for decades worth of psychological trauma. The ongoing COVID-19 pandemic has, no doubt, compounded their misery and pain, with limited medical resources at their disposal. An often-overlooked dimension of the human rights violations is how people of IOK have been robbed of their own free will. By passing the Kashmir Reorganisation Act, the Indian government has actively circumvented the will and aspirations of the people of IOK. The Act, which has been approved by consulting the Governor of IOK, is regarded as the will of the people of IOK. In essence, the Indian government has argued that the Governor of IOK is equal to the will and aspirations of the people of IOK. However, at this point, it needs to be mentioned that the governor of IOK is not appointed through a democratic process but rather, nominated by the President of India. How can it be a representation of their will then? It is also noteworthy to mention here that India rarely ever passes any state law without the approval of the state legislature. In this case, however, this was bypassed to forcefully annex the territory of IOK.

With international humanitarian organisations like Amnesty International and Human Rights Watch having documented the human rights abuses and violations in IOK, there is a little shred of doubt that the region is witness to a massive humanitarian crisis. This should shake the very conscience of all those in the international community that has pledged to safeguard the fundamental principle of human rights – all are born free and equal in dignity and rights.

As the world reels back to normalcy in the wake of the coronavirus pandemic, asking each other when is it that their favourite restaurants be opened again, or when is it that masks can be stop being worn, the people of IOK have a question of their own:”when will we stop bleeding?”