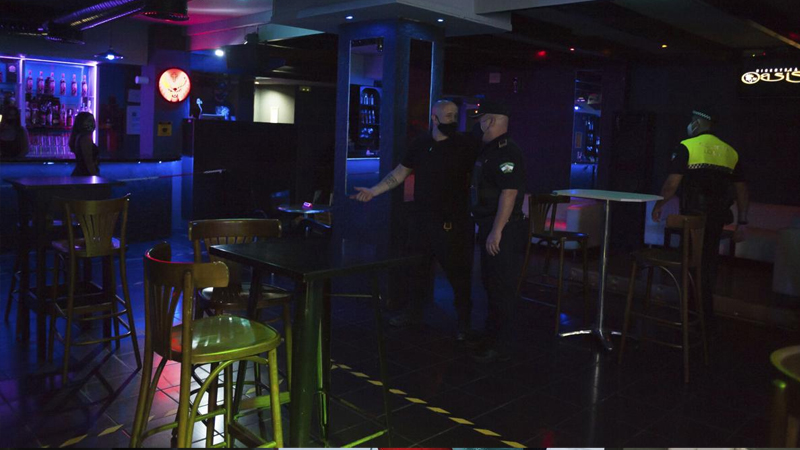 Facing a new surge of coronavirus infections, one Spanish town is deploying special police units to nightclubs to enforce health regulations to stop the virus from spreading. The small beach town of Fuengirola near Málaga on Spain´s southern coast has sent police to its nightclubs – which are a magnet for young people seeking summer fun – to keep them from becoming virus breeding grounds. “The police pressure that is carried out is essential so that people who are resistant to the law end up complying with it,” police officer Jorge Moreno told The Associated Press, adding that since June 15, police have issued 2,000 sanctions for not complying with health regulations. The special unit of 24 officers ensures that both workers and party-goers comply with the mandatory order to wear face masks and that clubs keep tables far enough apart to maintain social distancing between groups. Nightclubs have been repeatedly cited by regional health authorities as sites of contagion. Northeast Catalonia has ordered them shut down. Spain is struggling to keep an uptick in infections in check after it had managed to control an initial nationwide outbreak that forced the government to impose a strict three-month lockdown. The health ministry on Friday reported the country’s highest daily increase in new infections since the lockdown ended in June, with 1,895 cases recorded – some 200 more than the previous day.