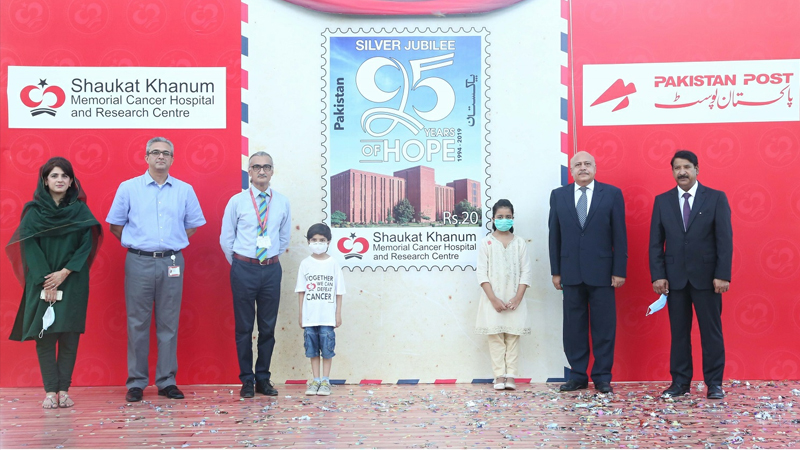 The Pakistan Post Office released a commemorative postage stamp of Rs 20 featuring Shaukat Khanum Memorial Cancer Hospital and Research Centre (SKMCH&RC). The stamp is issued to mark 25th anniversary of the country’s only cancer hospital with free treatment facilities to over 75% of its patients.

The SKMCH&RC, a state-of-the-art cancer hospital, was built in 1994 by current Prime Minister Imran Khan, with the help of Pakistanis from across the globe.

Khalid Awais Ranjha told reporters on the occasion that a total of two hundred thousand copies of the Shaukat Khanum commemorative stamp have been printed and are available for public. Commemorative postage stamps have previously been issued in honour of former heads of state, historical events, historic sites, and famous people. Similarly, stamps have been released in support of causes, such as to raise awareness of rare medical conditions and environmental issues.