Most of the criticism on the Single National Curriculum relates to the Islamic Studies syllabi. There is paranoia about it being “bloated” and “overzealous.”

This concern stems from the idea that religion and its education is invariably regressive and degenerate. Given our long and morbid history of the political abuse of religion, sectarianism and violence, this is not without grounds. But we will come to that later.

The Western colonial project had deep ideological underpinnings. Post-Enlightenment Europe had liberated itself from a degenerate religious orthodoxy after centuries of struggle, hence it emerged as stridently secular. The narrative of religion being essentially regressive, anti-intellectual and anti-scientific is steeped in the experience of centuries of European history. In the historical experience and cultural consciousness of much of the non-Western world, however, this Eurocentric narrative does not hold at all. It was under the religious state with the Shariah as the law of the land that culture, critical inquiry and scientific development thrived during the Muslim Golden Age in the Middle Ages. For the record, this also was the precursor to the Western Renaissance. Elsewhere, such as in Latin America, Protestant Churches and their religious discourse (liberation theology) became the driving force for progressive social change.

After the “War on Terror” came home, instances of religious violence involving seminaries and an active campaign of negative stereotyping maligned the Madrassah further

Originating from the British colonial masters whose purpose was served well through the systematic marginalisation of the madrassah as a centre of enlightenment in pre-colonial Indian society, the madrassah and its affiliates have suffered structural exclusion from society. After the “War on Terror” came home, instances of religious violence involving seminaries and an active campaign of negative stereotyping maligned the Madrassah further. This explains the fears regarding the recruitment of madrassah-qualified religious instructors at schools and vice versa. Along with a lack of acknowledgement of the positive social contribution of the madrassahs, there is also a lack of understanding of the complex historical, social, economic and political factors that have led to this gradual deterioration of the Madrassah. Consequently, there is no realisation of the urgent and pressing need to reverse this process. 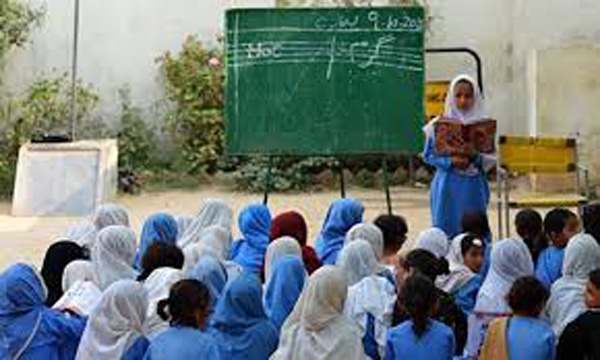 How pressing this need is can be gauged from the fact that the school and the Madrassah embody two widely differentiated education systems, set upon a head-on collision course. This creates two ideologically opposed social subcultures, which overlap the stratification of the society along the lines of social class. The university graduate possesses the cultural capital that eventually makes him gain access to the avenues of power. On the other hand, is the deprived religious seminary graduate whose fewer career prospects and the constant fear of poverty breeds resentment which may easily flare into violence. Including secular learning as a necessary part of the Madrassah system and facilitating the interaction and exchange between the seminary and the school may well work as a means to bridge the gaping divides and begin the healing process for a deeply-fractured society.

Memorisation is not a skill exclusive to Islamic Studies. Nor does memorisation of some course contents preclude independent thinking, critical engagement and logical reasoning. It is a necessary tool for gaining knowledge and complements other skills. Wilson’s 14 Points and Newton’s Laws of Motion still have to be memorised after being understood.

Traditionally, Islamic Studies courses taught at Madrassahs have been broadly categorised between the ‘Maqulat’ (rational sciences) and the ‘Manqulat’ (transmitted classical learning). Both are integral to the study of religion. Just like in the heyday of Muslim civilisation, the “Maqulat” stood prioritised. A return to that model can provide space for critical engagement and analytical reasoning within the purview of religion.

Concerns regarding the promotion of sectarianism and intolerance towards the minorities through the teaching of religion can be addressed by prioritising the ethical content of Islam over issues of juristic difference, form and ritual. Anyone who has read through the Single National Curriculum will know that it has very clearly tried to do so.

As a teacher of Islamic Studies for many years, I have encouraged critical engagement with religious texts, contextualisation of religious interpretations and given space for discussion, debate and questioning. I have encouraged the appreciation of the internal diversity of religion and facilitated the understanding of the relevance of religious ethics and values in our society and the wider world. My students come from a variety of sectarian backgrounds. I enable them to understand differences without judgement. I encourage them to feel free to profess fidelity to personal convictions while respecting the convictions of others different from theirs. I am not an exception. Numberless individuals in the Muslim world and beyond have endeavoured to make faith come alive for seekers of knowledge as a means to positive personal and social change.

Much of the criticism of the Islamic Studies curriculum is based on our unfair biases, negative stereotypes and preconceived notions. These arise from a prejudiced view of religion which is the legacy of our colonial past that still holds some of our most popular academics intellectually hostage. In a country that has suffered religious violence and where instances of religious and sectarian intolerance are not rare, the sincere, judicious, insightful and authentic teaching of religion can show us a way out of the dark alley of obscurantism, hate and ignorance.