Shakib Al Hasan set to begin training from next month 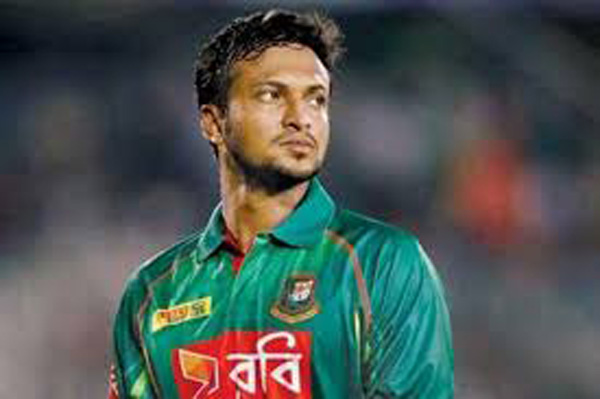 DHAKA: Premier Bangladesh all-rounder Shakib Al Hasan is set to start training at the BKSP facility at Savar near here from next month, ahead of his return to competitive cricket. The southpaw was banned for two years, one year of it suspended, for failing to report corrupt approaches by an alleged Indian bookie during the Indian Premier League. His ban ends on October 29 this year. “Shakib will come to the BKSP next month where he will have coaches and trainers available,” Shakib’s mentor Nazmul Abedeen was quoted as saying on Saturday. “We are functional as the coaches are all residing within the campus, so we can work with him well. Shakib will have everything at his disposal,” he added.

Abedeen, who was the Bangladesh Cricket Board’s game development manager for many years, is one of Shakib’s earliest coaches. He now serves as the cricket advisor at the BKSP facility. According to Abedeen, the 33-year-old Shakib, who is currently in the United States with his family, plans to return to Dhaka at the end of August in a bid to prepare for his return to international cricket. Shakib was in sublime form before the ban, amassing 606 runs in the 2019 World Cup in the UK last year. He has featured in 56 Tests, claiming 210 wickets and scoring 3862 runs. In the limited overs format, Shakib has 6323 runs and 260 wickets from 206 ODIs and while accumulating 5777 runs and 92 wickets in T20Is.