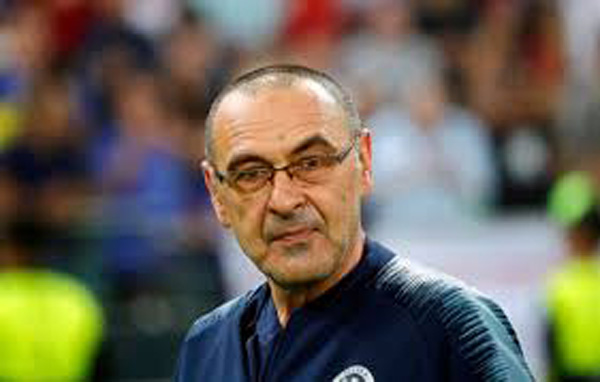 ROME: Serie A club Juventus have sacked title-winning coach Maurizio Sarri after only one season in charge, following the team’s elimination from the Champions League in the round of 16 on Friday, the Turin club said in a statement. The 61-year-old was dismissed despite leading Juventus to the Serie A title two weeks ago, their ninth in a row. On Friday night, Juventus were knocked out of the Champions League, the competition they have set their hearts on winning for the first time since 1996, on away goals by Olympique Lyonnais despite winning the second leg 2-1. “Juventus Football Club announces that Maurizio Sarri has been relieved of his post as coach of the First Team,” the club said on its website. “The club would like to thank the coach for having written a new page in Juventus’ history with the victory of the ninth-consecutive championship, the culmination of a personal journey that led him to climb all the divisions of Italian football,” it added. His dismissal highlights the huge, and many say unreasonable, expectations at Europe’s biggest clubs, and Italian media including Gazzetta dello Sport quickly began speculating on his possible replacements. Former Tottenham Hotspur manager Mauricio Pochettino, Lazio coach Simone Inzaghi and Real Madrid coach Zinedine Zidane — a former Juve player — were among those mentioned, as well as Massimiliano Allegri, who made way for Sarri one year ago. Pochettino and Allegri are both without clubs at present. Sarri was hired to give Juventus a more flamboyant edge, but he struggled to impose his so-called “Sarri-ball” high-tempo passing game on the Turin side.