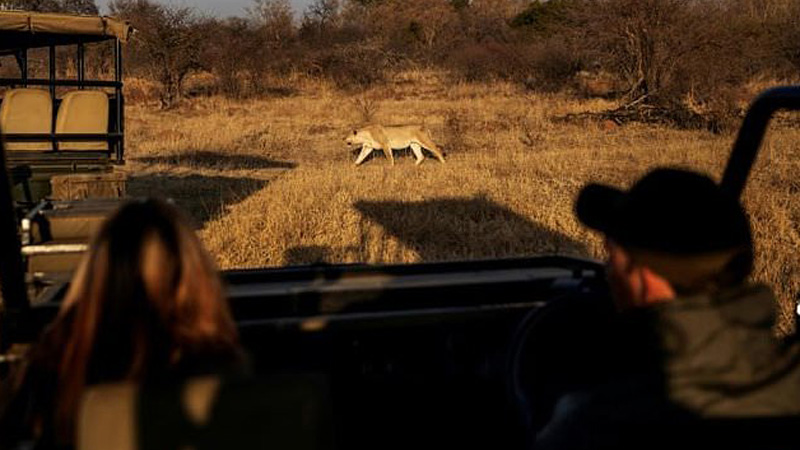 Tourists gasp as two lionesses elegantly pad across the track, barely glancing at the jeep-load of city dwellers escaping lockdown at a game reserve in Gauteng, South Africa’s coronavirus epicentre. Visitors have flocked from the capital Pretoria and financial hub Johannesburg since the government allowed South Africans to travel for leisure within their provinces last week.

The announcement brought a small sliver of relief to the country’s tourist industry, which has missed out on more than $3.9 billion in revenue since South Africa went into lockdown on March 27.

As the only park in Gauteng offering sightings of the popular “Big Five” — buffalo, elephant, leopard, lion and rhino — Dinokeng Game Reserve has attracted nature lovers who would normally drive to remote larger parks elsewhere in the country. 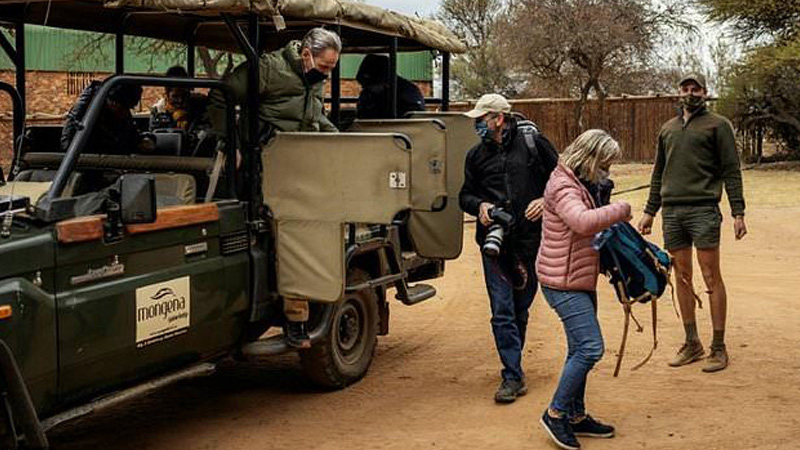 “It’s actually amazing, we have had a lot of support from locals,” said Gavin Sterley, manager of the four-star Mongena Game Lodge in Dinokeng, which reopened a week ago. “They are all booking and coming for game drives, dinner and that type of stuff.”

Mongena closed its doors two weeks before the start of lockdown, when President Cyril Ramaphosa banned travellers from badly infected countries in an early bid to stem the spread of COVID-19. Before the pandemic, around 80 percent of Mongena’s guests came from abroad, while locals mainly visited for business events.

Sterley believes the easing of intra-provincial travel restrictions could add to the business.

The lodge is fully booked through August by South Africans eager to holiday after months of confinement. 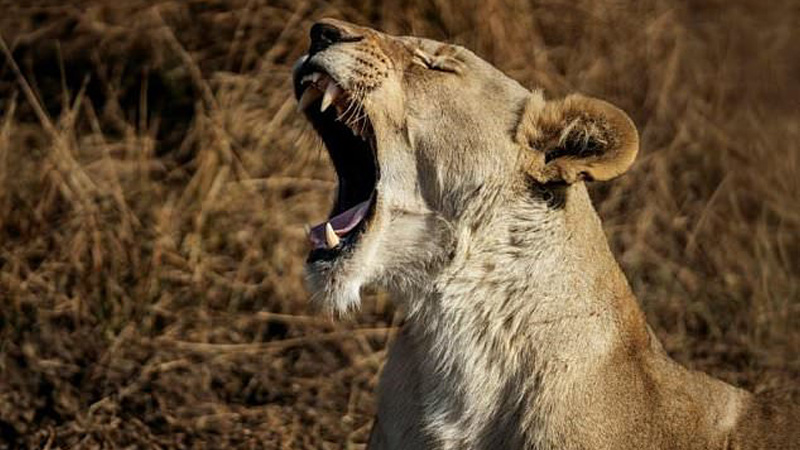 “It is a big marketing opportunity for us,” Sterley told AFP.

Lindy Jansen Van Vuuren, 42, beamed up at her husband as a pair of nyala antelope sidled past the jeep and trotted lightly towards the sunrise.

The Johannesburg-based couple had spent two nights in Mongena and were next headed to the neighbouring Magaliesberg mountain range.

“It is the first time we are holidaying in Gauteng and it is actually really nice so close to home,” Van Vuuren exclaimed. “A breath of fresh air.” “You go on a two-day break and it feels as if you have gone a week,” she said.

“We usually go down to the coast or overseas for our holiday but obviously we can’t do that,” said Zachariades, who came from Pretoria after finishing her exams.

“It has been the most relaxing couple of days that I have had in a long time,” she noted, thrilled after spotting a giraffe.

Apparently grinning from behind his face mask, ranger Stian Loubser pointed out rhino tracks and elephant droppings along the way.

“We are trying to be as virus-safe as possible while also trying to create a nice guest experience,” he explained, excited to be “back in the bush”.

After the morning drives, guests rubbing sanitiser over their hands trickled into the restaurant for lunch. All tables were marked with reservation tags, highlighting signs of recovery after four months without income. “I don’t think anything will make up for the losses we have made but we can carry on,” said Sterley, noting that 80 percent of staff had returned to work.

“We will see how long it stays like this,” he added, fearing a “dip” in demand once travel to other provinces is allowed to resume.

The trick, said Sterley, will be brushing up service and providing enough incentive for locals to return. “Just give them the best experience possible,” he said. “That’s all we can do for now.”