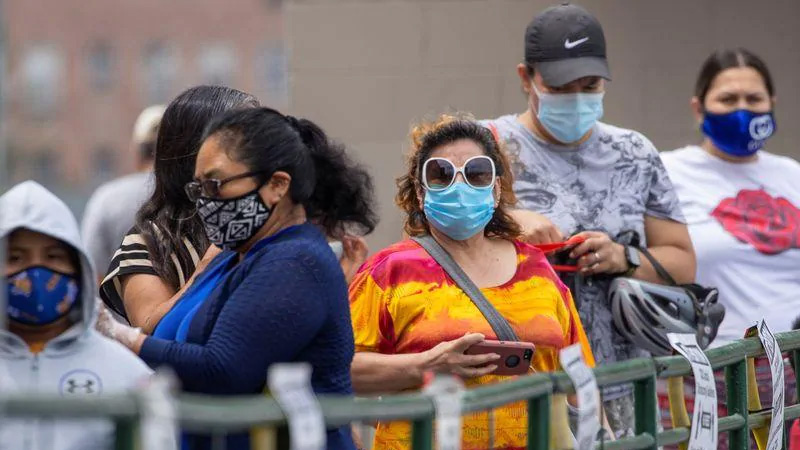 White House health experts warned that even small rises in the percentage of people testing positive for COVID-19 in some US cities could mean trouble and urged local leaders to remain vigilant to avoid a surge.

“This is a predictor of trouble ahead,” Dr. Anthony Fauci, the nation’s top infectious diseases official, told CNN on Thursday.

The US death toll is now over 159,000 – the most in the world – with 4.8 million known cases. (Open https://tmsnrt.rs/2WTOZDR in an external browser for a Reuters interactive graphic)

Ohio Governor Mike DeWine on Thursday became the latest senior elected official to test positive. He said did not have symptoms and was tested ahead of a planned meeting with President Donald Trump.

Baltimore and Atlanta remain at a “very high level,” as well as Kansas City, Portland, Omaha and the Central Valley in California, Birx said on the call, a recording of which was obtained by the journalism nonprofit Center for Public Integrity.

White House data shows small increases in the percentage of positive coronavirus tests in Chicago, Boston, Detroit and Washington. Those cities need to “get on top of it,” Birx said.

Even where most people are doing things right, Fauci said, those who do not wear masks or follow social distancing guidelines can keep the virus smoldering.

“Unless everybody pulls together … we’re going to continue to see these kind of increases that Dr. Birx was talking about in several of those cities,” he said, noting that rising hospitalizations and deaths often follow such increases.

Tennessee and North Carolina reported record single-day increases in deaths on Thursday with 42 and 73, respectively.

The US outbreak, once centered around highly populated New York City, has since spread to communities from coast to coast, driven in part by summer vacation travel.

On the positive side, medical professionals have a better understanding of what they are dealing with, said Dr. Khalilah Gates, a pulmonary and critical care specialist at Northwestern Memorial Hospital in Chicago.

“We don’t know all of it, but it’s not the fear of the unknown anymore,” she told Reuters.

Birx has been traveling around the country, warning local and state officials not to let their guard down, a message often at odds with that of Trump, who on Wednesday said the virus “will go away like things go away.” Trump has urged state and local authorities to re-open public schools for in-person learning to help get Americans back to work and spending again. A strong economy is one of the pillars of Trump’s campaign for re-election on Nov. 3. In rural Mississippi’s Corinth school district, where schools opened two weeks ago, five confirmed COVID-19 cases forced some students and teachers into quarantine, Superintendent Edward Lee Childress said on Facebook Live, without specifying how many.