Looking for the world’s top 5 fugitives with Netflix 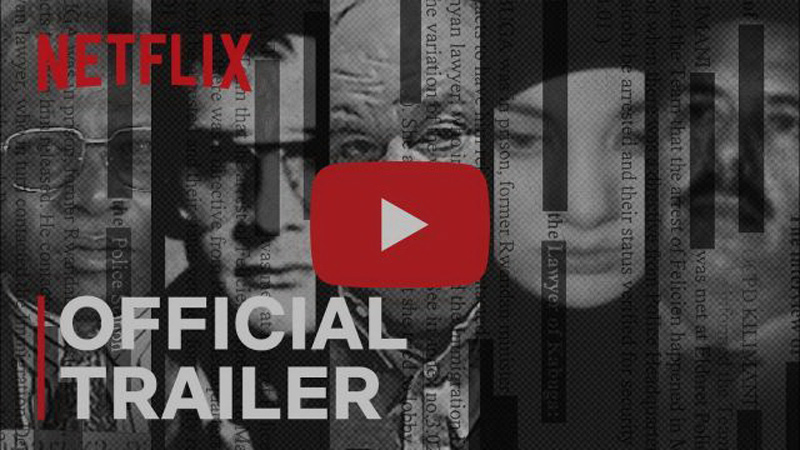 Who are those perpetrators of horrific crimes who continually manage to escape police surveillance? How do they manage to vanish into thin air when the world’s highest authorities have been hunting them for years? The documentary series “World’s Most Wanted,” co-produced by Nova Production and Premières Lignes, is out Wednesday, August 5 on Netflix.

The streaming platform continues to develop a rich catalogue of true crime documentaries which fascinate as much as they horrify. While many of these productions focus on the investigation of sordid tales such as that featured in “Don’t f** with cats,” Netflix also has a line of shows dedicated to the criminals themselves. This is where “World’s Most Wanted” fits in. Nova Production and Premières Lignes introduce us to the planet’s most-hunted outlaws via 52-minute episodes.

Who is Semion Mogilevich, the top boss of the Russian mafia? He’s accused of human trafficking, arms trafficking, fraud, smuggling… The Russian gangster is one of the FBI’s 10 most wanted suspects. Matteo Messina Denaro, for his part, has been on the run for 27 years. He’s the Sicilian mafia’s ‘last godfather.’ Ismael Zambada Garcia has never seen the inside of a cell for the crimes he’s accused of. Contrary to his predecessor Joaquin “El Chapo” Guzman, the current head of the Sinaloa cartel has repeatedly slipped through the grasp of the police thanks to his low profile.

Félicien Kabuga is the only criminal featured on “World’s Most Wanted” to have been captured by the authorities. The financier of the Rwandan genocide was caught after 26 years in hiding. Only one woman features in the series: Samantha Lewthwaite, the “White Widow,” who emerged in 2005 as the widow of one of the London suicide attackers. Six years later, the British woman reappeared at the head of a terrorist cell in Kenya. She’s still one of the world’s most-wanted terrorism suspects.

The documentary series “World’s Most Wanted” has been translated into 150 languages.