* Move welcomed by PPP government in Sindh
* Many leaders, intellectuals from Sindh call it political point-scoring 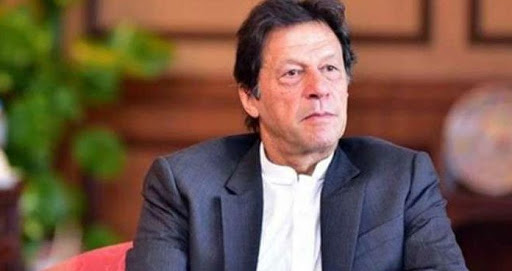 But later on, many leaders and intellectuals from Sindh started calling it point scoring and planning to hand over Karachi to the federation.

But the statement of top industrialist Siraj Qasim Teli that Karachi should be given to the Pakistan Army for at least five years for infrastructural improvements.

Sindh political leaders and people calling it sending NDMA is a conspiracy against sindh to hand over Karachi to federal govt.

“NDMA’s job was largely appreciated by the Sindh government as it assured all due support and cooperation with the federal body to complete its job”.

Key ministers of the PPP government Syed Nasir Hussain Shah had said that the government of Sindh will continue its policy of cooperation with all institutions for the service of the people.

Federal Minister for Maritime Affairs Ali Haider Zaidi said that Prime Minister Imran Khan’s directive for NDMA to help out in Karachi has been a game changer there.

The minister asked, “Who else to blame for the unlivable state of Karachi people?”

The local leadership of PTI has also demanded that the federal government “intervene” and play its role for people of Sindh.

Pak Sarzameen Party Chairman Syed Mustafa Kamal sarcastically said that it was itself a disaster that the provincial government had to hand over the desilting of drains to the NDMA.

He said that the situation was so bad that the prime minister had to take notice of the cleaning of storm-water drains following rains.

To a question, he made it clear that neither the center nor the army could alone solve the issues of the city, but said that it was the right of the prime minister to take steps for the provinces and Karachi was a part of Pakistan, not in a separate country.

A senior journalist Ajiz Jamali said on his social media account that common masses cannot understand the mystery of sending NDMA in Karachi adding that it was the question of World Bank funds.

While on other hand Niaz Ali Julbani posted that by calling Army they cannot snatch Karachi from us adding that Karachi is part of Sindh and will remain till the Day of Judgment.

Shahid Hussain Memon commented on Social media that it means that they won’t work and they won’t let others do. This is the only thing left for the people of Sindh that gossiping and posting stupid things.

While Karachiities said that sending the NDMA and Frontier Works Organization (FWO) to clean storm drains and nullahs is a clear indictment of over 12 years of PPP misrule and crappy governance that even can’t do the basics like trash collection and rainwater management.”

People are demanding that the work on Karachi’s cleanliness can be maintained on a permanent basis only under the Army’s supervision.

“The remarkable work NDMA has done in three days, the Sindh government could not do in twelve years”, said people

Fayyaz Rasul posted that “Excellent work done by NDMA removing garbage, I have never seen water flowing like this in GujjarNaalah Karachi. Hope in this rain no water blockage in NorthNazimabad.