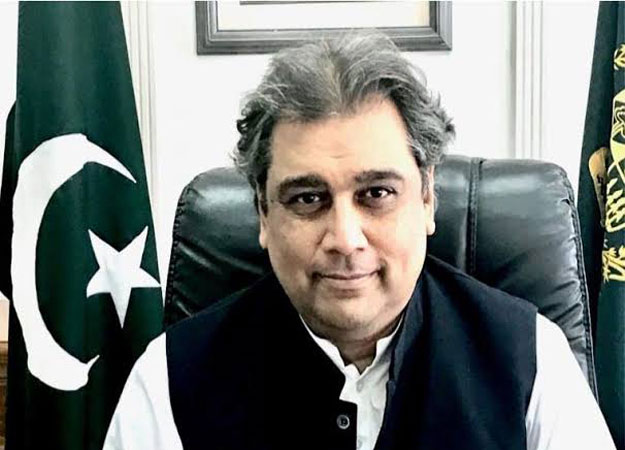 “This business friendly policy will reduce the annual freight bill worth $5 billion of Pakistan” he said.

The minister said that it would also generate employment opportunities for the seafarers and allied sectors.

He said that it was only possible due to the vision of Prime Minister Imran Khan who declared 2020 as year of Blue Economy.

The minister said that Pakistan flag vessels would be provided priority berthing at all Pakistan Ports.

He said that Pakistan resident ship owning company would be defined as a company registered with the Securities and Exchange Commission of Pakistan and having its own seaworthy vessels registered under Pakistan flag.

The minister said that shipping industry was vital as it operated during peace times as well as in emergencies and high risk.

He said that new shipping policy was introduced to expand and earn foreign exchange for the country.

Ali Zaidi said that in January 1972, all the industries in Pakistan were nationalized including shipping industry. He said that all the shipping companies at that time were merged in Pakistan National Shipping Corporation.

“Over the years, as the nationalization was reversed with privatization, the industry began to recover with the exception of shipping industry” he said.

The minister said that it was the need of the hour to revive this industry as we had lagged way behind our regional competitors like Bangladesh.

He further said that as Pakistan relied on international shipping lines for its trade, adding it was losing foreign exchange which could be saved by developing local shipping industry.

The minister said shipping industry had the potential to expand and earn foreign exchange for Pakistan.

Ali Zaidi said that maritime industry was directly connected with many ministries.

He acknowledged the support and cooperation of Advisor to the Prime Minister Abdul Razaq Dawood.

The minister said a port city had vital role in development of the country adding that Maritime sector was ignored in the past.

Ali Zaidi said that new Pakistan resident ship owning companies would be incentivized and pay tax of US$ 0.75 per GRT for the first five years of the shipping operations of each individual vessel’ inducted by them subject to the cut off period till 2030 after five years Pakistan resident ship owning companies shall pay US dollar per GRT annually on the said vessels shipping operation income.

He said no federal tax would be levied to the detriment of Pakistan residentship owning companies during the exemption period. He added that no preference would be given to PNSC in private sector cargo.