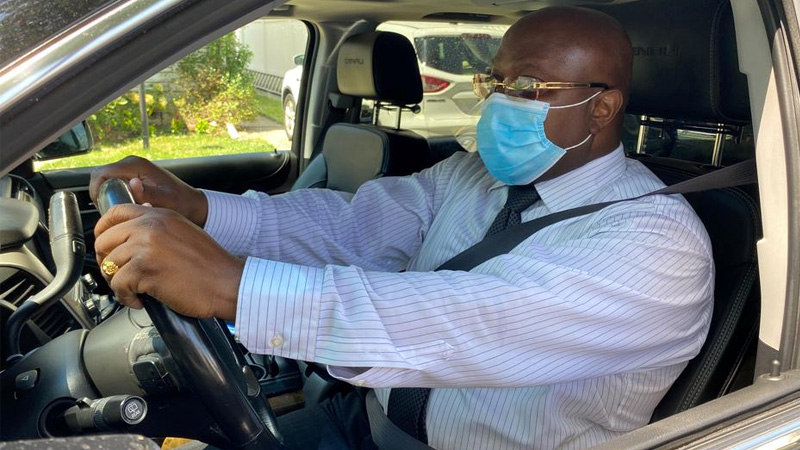 Nijman is among thousands of Uber Technologies Inc and Lyft Inc drivers across the United States choosing between physical and financial health risks as $600 in additional weekly unemployment assistance expire.

While drivers are not the only workers struggling, they are particularly vulnerable as their work puts them close to many strangers. Also, as independent contractors, they have none of the formal protection or benefits that employees enjoy.

“I never thought that after working so hard for so long that I would ever find myself in a situation where I had to ask for food one day,” Nijman said.

With type 2 diabetes putting him at higher risk for severe COVID-19, Nijman stopped driving in mid-March when the virus was raging through New York City. Before the pandemic, he earned some $1,500 a week driving for Uber’s high-end black car service in an SUV he bought when he signed up in 2017.

He applied for unemployment and received around $900 in weekly benefits – some $300 from the state and $600 from the federal government. That barely covered his expenses, including city-mandated liability insurance drivers must keep paying. Without the additional $600, Nijman said he faces financial ruin, putting his car and house on the line. Other drivers, like Sacramento-based Melinda Pualani, are still waiting for their unemployment claims to process, with agencies overwhelmed by the slew of applications.