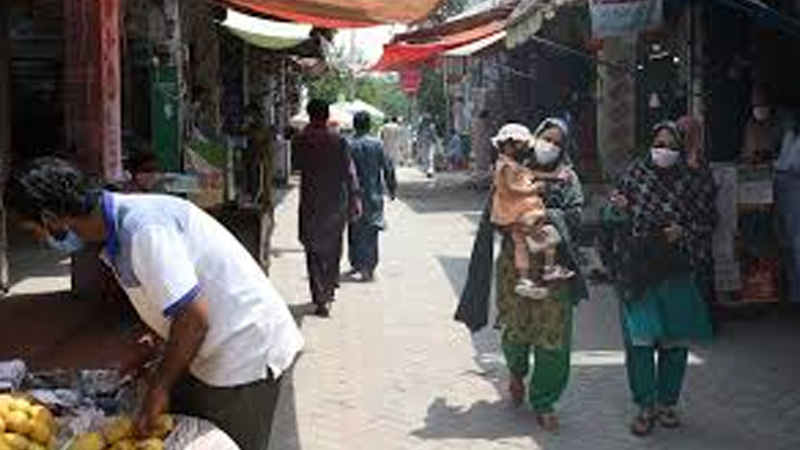 As daily infections fall in the country, active coronavirus cases dropped below 20,000, according to official data released on Thursday.

At least 727 new COVID-19 cases and 21 deaths were recorded in the past 24 hours, said the National Command and Operation Centre (NCOC).

According to the latest figures, the number of total COVID-19 cases in Pakistan has surpassed 282,000 marks and the death toll stands at 6,040.

A trend of declining case numbers came amidst more than 256,000 people having fully recovered from the virus.

Meanwhile, Sindh has reported 386 new cases of the novel coronavirus, raising the provincial tally to 122,759.

Moreover, the Chief Minister House said in a statement that five more persons died due to the virus in the last 24 hours. The death toll in the province now stands at 2,250.

Also, Punjab reported 276 coronavirus cases and five deaths during the past 24 hours, according to the government’s portal for tracking the spread of the virus.

Islamabad, Gilgit-Baltistan and Azad Jammu and Kashmir have collectively reported 46 coronavirus cases during the past 24 hours.

Data from the government’s COVID-19 portal shows that of these, 19 cases were reported in Islamabad, 16 in GB and 11 in AJK. No new deaths were reported during the last 24 hours.

Similarly, at least 13 persons were tested positive for coronavirus in Balochistan on Wednesday, bringing the total number of infected patients to 11,793 in the province.

According to a report released by the Balochistan Health Department, at least 147,368 were screened for the virus till August 5, out of which 13 more were reported positive.

As many as 10,258 affected patients have been recovered from the coronavirus so far while 136 deaths were recorded due to the deadly virus in Balochistan

According to some reports, Pakistan has reported another 1,772 coronavirus recoveries during the past 24 hours, according to the government’s portal for tracking the spread of the virus in the country. With the new recoveries, the total has risen to 256,058.