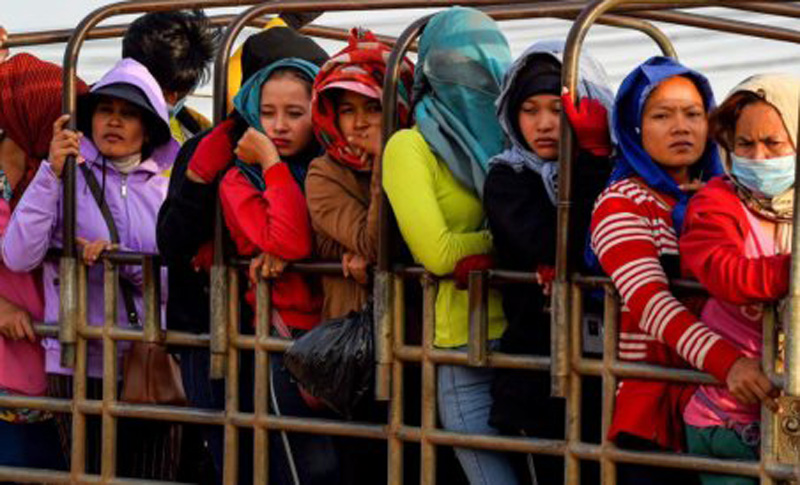 Cambodian women have rallied on social media to condemn a proposed law governing the way people dress in public, including by posting images of themselves in swimwear and skimpy outfits, with a petition also set up to block the move.

Billed as necessary to preserve Cambodian tradition, the law would prohibit women from wearing anything deemed “too short” or “too see-through” and has drawn criticism for being vague and encouraging a culture of victim blaming.

The draft legislation, which will take effect next year if approved by several government ministries and the national assembly, would also ban men from going out shirtless in the socially conservative Southeast Asian country.

Painters, filmmakers, writers and musicians were among those criticising the law, with some questioning the role of the ministry for women’s affairs as restrictions on women’s appearance increase.

Multiple spokespeople from the ministry declined to comment or did not respond to requests.

In recent years, actresses and singers have been increasingly targeted by the government over their attire, with some facing bans on performing.

There was a public outcry when a woman was jailed for six months in April on pornography and indecent exposure charges for wearing “provocative” outfits while selling clothes over Facebook live stream.

But news of the proposed law has taken the discussion to a new level, said Eng Chandy, a programme manager at the Gender and Development for Cambodia charity. “It is rare for a draft law to be shared like this, giving us the chance to discuss it as a society,” she told the Thomson Reuters Foundation.

“The reaction on social media is very positive: people from all parts of society are talking about gender equality.” An online petition condemning the proposed law had almost 14,000 signatures as of Thursday, to the surprise of its author, recent high school graduate Tan Molika.

“Originally, I had no plans with the petition other than to raise awareness,” Molika said. “Turns out that everyone is so against it to the point where I’ve gotten a few requests for me to submit the petition to the government.”

Women rights groups fear the new law could put women at further risk of sexual harassment and violence by fostering a culture of victim-blaming.

Many Cambodians still expect women to be submissive and quiet, a legacy of the Chbap Srey – an oppressive centuries-old code of conduct for women that the United Nations said last year should be “fully eliminated” from schools. In a 2019 review of Cambodia, the U.N. highlighted “social norms that justify gender-based violence … and blame the victim rather than the perpetrator”.