US job market recovery appears to be slowing, services sector powering ahead 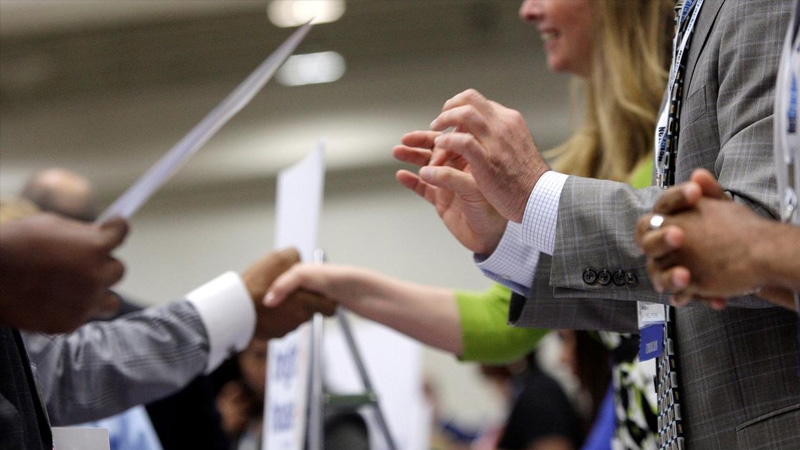 US private employers hired far fewer workers than expected in July as companies exhausted loans to help with wages and new COVID-19 infections flared up across the country, supporting the view that the nascent economic recovery was faltering.

While other data on Wednesday showed activity in the vast services sector gained momentum in July as new orders raced to a record high, hiring declined. The reports, together with a recent rise in applications for unemployment benefits, suggest job growth pulled back sharply in July. The Labor Department will publish July’s employment report on Friday.

“The economy will remain at risk of a renewed downturn so long as a vaccine or therapeutic for the virus remains out of reach,” said Oren Klachkin, lead US economistÂ at Oxford Economics in New York.

Hiring weakened across the board last month. Payrolls for medium-sized businesses with 50 to 499 employees fell 25,000. The sharp step-down in hiring was attributed to the expiration of the US government’s Paycheck Protection Program (PPP) and the resurgence in coronavirus cases.

The PPP was part of a historic fiscal package worth nearly $3 trillion that gave businesses loans that can be partially forgiven if used for employee pay. New cases of the respiratory illness have exploded, especially in the densely-populated South and West regions where authorities in hard-hit areas are closing businesses again and pausing reopenings.

California, Texas and Florida account for a third of the nation’s employment. Labor markets in the Midwest have been strong, but that could change as the region battles a surge in new COVID-19 cases.

The economy suffered its biggest blow since the Great Depression in the second quarter, with gross domestic product shrinking at its steepest pace in at least 73 years.

In a separate report on Wednesday, the Institute for Supply Management (ISM) said its services index increased to a reading of 58.1 last month, the highest since March 2019, from 57.1 in June. A reading above 50 indicates growth in the services sector, which accounts for more than two-thirds of US economic activity.

The ISM said businesses remained concerned about the pandemic, but “are mostly optimistic about business conditions and the economy.” The ISM, however, noted that sentiment varied across industries, as companies were impacted differently.

Businesses in the healthcare sector said surgical services were only scheduling at 50% capacity. Public administration companies said “spending is down.” Retailers reported that “orders and business activity are back to pre-pandemic levels.” Companies in the utilities industries said “previously stalled projects are starting back up.”

The ISM survey’s measure of new orders for the services industry soared to a record 67.7 in July from a reading of 61.6 in June. Its index of services industry employment, however, fell to a reading of 42.1 last month from 43.1 in June, contracting for a fifth straight month. Companies reported either freezing hiring or limiting recruitment.

Stocks on Wall Street were trading higher on the services industry expansion and Disney’s surprise quarterly profit. The dollar <.DXY> slipped against a basket of currencies. US Treasury prices fell.

Though the ADP report, jointly developed with Moody’s Analytics, has a poor track record forecasting the private payrolls component of the government’s employment report, it added to a plethora of government and private sector reports indicating a significant deceleration in job growth in July.

According to a Reuters survey of economists, nonfarm payrolls likely increased by 1.6 million in July, down sharply from the record 4.8 million jobs created in June. That would leave employment about 13.1 million jobs below the pre-pandemic level.

“The ADP report reinforces our view that the economy has lost momentum in recent weeks following a period of strong growth,” said Daniel Silver, an economist at JPMorgan in New York.

But there are some glimmers of hope for the economy, which slipped into recession in February. In a separate report on Wednesday, the Commerce Department said the trade deficit narrowed 7.5% to $50.7 billion in June. Exports rebounded by a record 9.4% to $158.3 billion. Goods exported surged by a historic 14.5% to $102.9, boosted by shipments of motor vehicles and parts, capital goods and industrial supplies, including crude oil. That offset a 4.7% increase in imports to $208.9 billion. The rise in exports was the largest since March 2015. Goods imports rose 5.4% to $175.0 billion, lifted by imports of motor vehicles and parts, consumer and capital goods.