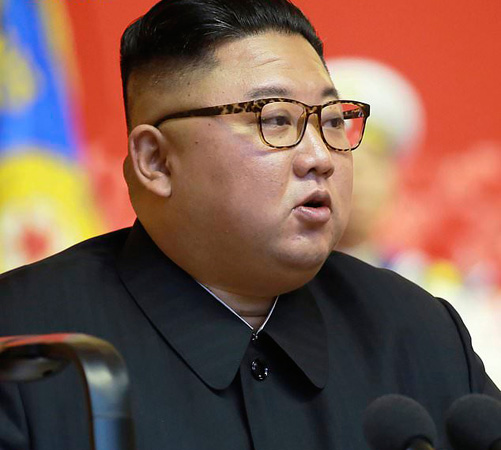 The experts said in key sections of a report obtained Tuesday by The Associated Press that North Korea has also evaded sanctions through “targeted” cyber attacks against officials of countries on the U.N. Security Council and on members of its expert panel. They did not elaborate or identify which of the 15 council nations were targeted.

In the report to the Security Council, the experts said North Korea has maintained its nuclear facilities and continues to produce fissile material, including highly enriched uranium, that can be used in nuclear weapons. It has also continued “to develop infrastructure and capacity for its ballistic missile program” and moved ahead on construction of an experimental light water reactor, they said.

One unnamed country says Pyongyang may seek to further develop “miniaturization” of components “in order to allow incorporation of technological improvements … or, potentially, to develop multiple warhead systems,” the experts said.

The panel´s report was issued as US efforts to get North Korea to rein in its nuclear and ballistic missile programs remain stalled, with little prospect of a new summit between President Donald Trump and Pyongyang´s leader Kim Jong Un before the US presidential election in November.

Trump and Kim have met three times since embarking on high-stakes nuclear diplomacy in 2018, beginning with their meeting in Singapore where they issued vague vows for a nuclear-free Korean Peninsula without describing when and how it would occur. But negotiations have faltered since their second summit in February 2019, where the Americans rejected North Korean demands for major sanctions relief in exchange for a partial surrender of its nuclear capability.

Last week, Kim said his country´s hard-won nuclear weapons were a solid security guarantee and a “reliable, effective” deterrent that could prevent a second Korean War.

The report was also issued amid the COVID-19 pandemic. Kim reaffirmed last month that North Korea has not has a single case of the coronavirus though outsiders widely doubt the country escaped the pandemic entirely.

U.N. sanctions, initially imposed after North Korea´s first nuclear test in 2006, are not supposed to hurt the North Korean people. The experts said “there can be little doubt, however, that they have had negative effects.”

It is difficult to separate the adverse consequences from other external and internal factors that have been compounded by measures taken in response to COVID-19, the panel said, adding that the measures have constrained the ability of the U.N. and other organizations to monitor the humanitarian situation in the country. The experts said they have accelerated COVID-19-related requests for humanitarian exemptions.

In response to the pandemic, the experts said North Korea closed its borders and reduced but never fully halted its maritime shipments.

Shipments have now resumed and the panel said foreign-flagged tankers, including many that it identified in its March report, have continued to make illicit deliveries of refined petroleum products to North Korea through ship-to-ship transfers.

The panel said 43 countries sent a report to the panel “containing imagery, data and calculations covering the period from Jan. 1 to May 30, 2020.” The experts said the unnamed countries estimated that refined petroleum products delivered to North Korea during that period “already far exceeded” the annual ceiling of 500,000 barrels set by the Security Council for 2020.

Though North Korea suspended coal exports between late January and early March because of the pandemic, those exports have resumed, the experts said, And satellite imagery and information provided by an unnamed U.N. member nation show that multiple North Korean vessels continued to carry out ship-to-ship transfers of coal “in waters of another member state,” reportedly identified as neighboring China, they said. North Korea has also continued to earn income from the illicit transfer of fishing rights, the panel said.

The experts said they are also continuing investigations into North Korea´s access to international banking channels “including through its own bank representatives, joint ventures, shell companies and the use of virtual assets” – and into how Pyongyang converts virtual assets like bitcoin into government-issued currency.

In August 2019, the panel said North Korean cyber experts had illegally raised money for the country´s weapons of mass destruction programs “with total proceeds to date estimated at up to $2 billion.”