Hagia Sophia, an Orthodox Christian Church, was built by Byzantine Empire in the 6th century CE in Constantinople (now Istanbul). It was the largest Christian Church in the Byzantine Empire until the fall of Constantinople to Ottomans. In 1453, after conquering Constantinople Ottoman, Sultan Mehmed II changed it into a mosque. In 1935, the secular Turkish Republic, under the leadership of Mustafa Kamal, changed it into a museum. Now in 2020, it has again been changed to a mosque by Turkish President Erdogan.

Point to Ponder: How could Mehmed II and Erdogan change Hagia Sophia to a mosque when it was primitively a Christian Church and belonged to the Orthodox Christian World? Is it allowed for an Islamic Empire, like Ottoman, and Muslim leaders, like Mehmed II and Erdogan, to change any church into a mosque, considering Islamic edicts? Aren’t such controversial decisions a threat to the peace and harmony of the society? Isn’t peace a prerequisite for progress? And, progress is always halted whenever peace comes under danger with such polemic decisions.

Polarity in faith may act as a barrier to peace in society. Yet, the religious system must possess the innate “Democratic Order” to maintain the environment of peace between the followers of two disparate religions. It is this Democratic Order, which was, by birth, incorporated within the religion of Islam, proclaimed as the religion of peace. The decree of Mehmed II and Erdogan to change a church to a mosque is the infringement of the Democratic Order of Islam. To certify my claim, I would like to proceed towards Islamic Commandments and historical events. 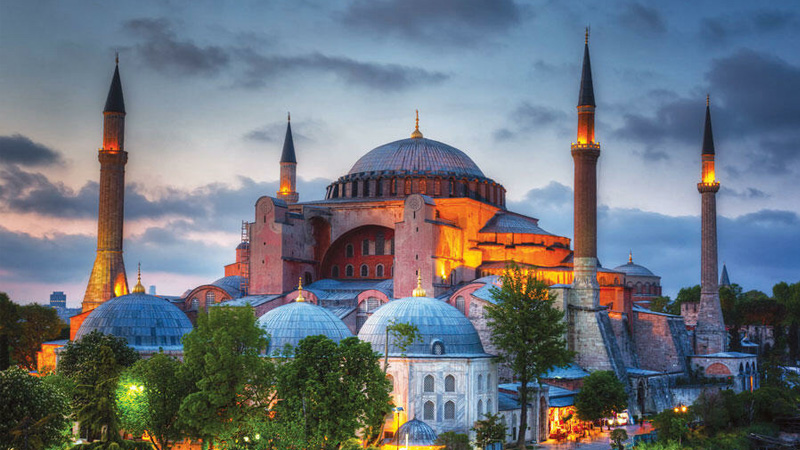 By the Democratic Order of Islam, I mean the directives of Islam to respect the beliefs, books, and worship places of other religions. Quran says in Chapter 109 Verse No. 6:

“For you is your religion, and for me is my religion.”

This verse signifies the presence of religious tolerance in Islam, which means you aren’t allowed to disrespect the beliefs and values of other religions.

Furthermore, Islam also protects the freedom of belief, as described in Chapter 2 Verse No. 256:

“There is no compulsion in the religion…”

This means that one can’t be forced to accept any religious belief by hook or by crook.

Additionally, Prophet Muhammad (PBUH), in a Hadith of Abu Dawood, instructed the protection of the lives and the rights of non-Muslims and forbade forcing them for anything against their free will.

“Beware! Whoever is cruel and hard on a Non-Muslim minority, or curtails their rights, or burdens them with more than they can bear, or takes anything from them against their free will; I will complain against the person on the Day of Judgment.”

The practical examples of the aforementioned Islamic teachings are also present in the history of Islam in the form of Charter/Constitution of Madinah, Treaty of Najran, and the Covenant of Umar (RA). In the Charter of Madinah, drawn by Prophet Muhammad (PBUH) in 622 CE, the non-Muslims were given the same political, cultural, and social rights just like Muslims. They also had autonomy in the performance of their religious duties and the state was responsible for the protection of their religious places.

Correspondingly, a pact was signed between Caliph Umar (RA) and the non-Muslims of Jerusalem when the city was conquered in the bloodless attempt in 637 CE. According to this pact, protection was guaranteed to the lives, property, and religious sites of the Christian and Jewish communities. Christian and Jews of the city were allowed to freely perform their religious duties in their churches and synagogues.

The Treaty of Najran is yet another marvellous example of Islam’s tolerance for other religions. This treaty was signed between the Christians of Najran and Prophet Muhammad (PBUH) at the time when the Islamic State of Madinah had become a strong power in the Arabian Peninsula. Through this treaty, Christians of Najran had secured a guarantee for the protection of their lives, property, faith, religious places, and non-interference in their religious affairs.

Therefore, we can conclude, taking the aforementioned references into account, that the decision to change a church into a mosque is a direct violation of Islamic decree about the protection of religious sites and religious freedom. We must not violate those laws of Islam, which Prophet Muhammad (PBUH) and Umar (RA) did not violate. Hence, the virtuous decision would be to change Hagia Sophia back into a church and hand it over to the Orthodox Christian community. It would not only spread a positive image of Islam but also help the Islamic world make the Orthodox Christian world an ally in times of intense suffering.