* 'I started singing before I started talking,' expresses Zainab 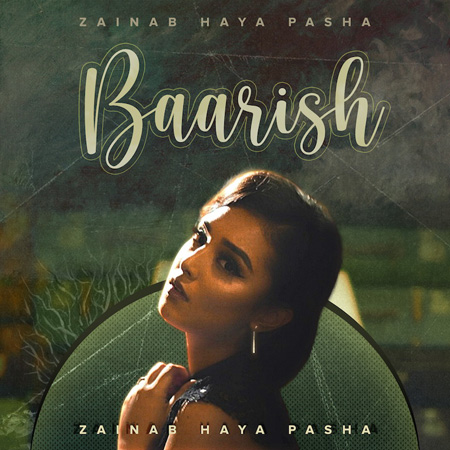 Written and composed by Zainab, the relaxing song is complimented by an enchanting video released on her YouTube channel.

“I started singing before I started talking. My family, friends, and loved ones have always supported and encouraged me to pursue my dreams. It is because of all that and my passion for music that I finally released my first ever single, Baarish”, expresses Zainab.

“Another reason why it’s special is because it’s about the rain. The song speaks for itself but just to explain it a little more, it’s about my love for rain, and how it soothes my soul. It’s about how anything associated with rainy weather, makes me happier than I could possibly imagine”, she goes on to say.

The music direction of the track has been done by Ali Ashraf and it has been mixed and mastered by Shamsher Rana. The video has been directed by Marya Javed who has successfully captured the mood of the song. “Baarish” has been released by Echo Records which is an independent record label based out of Islamabad, helping aspiring musicians with great voices to reach wider audiences through their music.