Today is the first anniversary of India’s single-handed introduction of the way they think the Kashmir problem would be solved. On 5 August 2019, the Government of India revoked the special status of special autonomy, granted under Article 370 of the Indian Constitution to Indian-held Jammu and Kashmir-a region administered by India as a result of the first Indo-Pakistani war 1947-49 and the UN resolutions that established the disputed character of the territory of former princely state Jammu & Kashmir (J&K). The scrapping of Article 370 from the Indian Constitution and the Reorganisation of J&K Bill seeking to divide the state into two union territories to be governed by a Lieutenant Governor and a unicameral legislature were both pushed through the Indian parliament. For Modi and his ruling BJP Indian Held Kashmir (IHK) is a firm and final part of the Indian Union ruled from Delhi. Moreover they are just like the rest of the former princely state they have to be recovered, meaning Azad J&K, Gilgit-Baltistan and parts of Ladakh that are held by China.

PM Modi’s dream is not working out that well. While the world and the UN that should have had a stake in such a blunt rape of international law have kept more or less quiet, Kashmiris on both sides of the divide, Pakistanis and even a part of the Indian population protested heavily. Starting from 5th August a complete lockdown was implemented in IHK as to prevent Kashmiri protests. About 4000 people had been arrested in the region including most members of the Kashmiri government and parliament. The lockdown included a complete communication stop with telephone, mobile and internet connections cut for months, with nobody from outside including Indian and foreign journalists allowed to visit J&K. In the lead-up to the move, India sent thousands of additional troops to the disputed region, imposed a crippling curfew on the population with schools and businesses closed. Nevertheless, Kashmiris took to the streets to protest against New Delhi’s decision. Security forces used tear gas and rubber bullets against stone-throwing local residents in Srinagar. Weeks of protests despite authorities imposing tight restrictions on people’s movement and communication showed the rejection of the Kashmiri population against this move. Kashmiri freedom fighters tried to keep resistance up against this move with attacks against Indian security forces. On 13 January 2020, an article by Reuters reported that the Internet services had not been fully restored in Kashmir, forcing Kashmiris to board a crowded train – dubbed as the ‘Internet Express’ – to travel to a nearby town of Banihal for using Internet at cybercafés.

By the stroke of the pen the Indian government dismissed an elected parliament of J&K as well as its government. By this coup Kashmiri politicians were put in house arrest and UN resolutions as well as the Simla agreement of 1972 between India and Pakistan were violated. This only shows the BJP confidence that they can do what they want to do because nobody in the world can prevent them. Such action by the “largest democracy of the world” vividly illustrates their kind of democracy. However it seems that this time Modi may have put too much on his plate and he may be choking on the fall-out. Apart from the Kashmir initiative there have more ‘decisive actions’ been taken to implement the BJP fascist and racist program. There is the the “Ghar Wapsi” movement that is re-converting Muslims and Christians to Hinduism that has been going for a while and there are other laws that target the citizen status of Indian Muslims (almost all 1.8 million of Bangladesh origin especially in Assam) with a perspective to be extended to all of India. This has added to the insecurity of Kashmiris who are mainly Muslims as well as of all other Indian Muslims. With half a million soldiers are enforcing the ‘law’ to ensure that insurrection these does that unite with movements in other parts of India violence has been present in Kashmir over the decades. Over the years Kashmir has become the largest open-air prison in the world. Lately a picture showing a three-year-old child sitting next to his grandfather’s dead body in Sopore town of Indian-administered Kashmir has stirred anger and frustration in the Muslim-majority region, with the family of the deceased accusing the security forces of killing the 65-year-old civilian during a gunfight. Already one can read about young Kashmiris taking to arms and a new civil war seems in the making. Civilians who reject violence are caught in between the fronts, normal life is disturbed for everybody. As reported by a civil rights group, the Coalition of Civil Society, at least 229 people, including 32 civilians, have been killed in Indian-administered Kashmir in the past six months.

Together with the change of the political status of J&K, the right once granted to Kashmiris under article 35(A) of the Indian Constitution that no outsiders can settle in the Himalayan region has also been scrapped and the fear of an intentional ethnic change via the settlement of outsiders in Kashmir is current. Up to 25,000 people have been granted domicile certificates in Indian-administered Kashmir since May 18, supporting the fears of a beginning of demographic changes in the Muslim-majority Himalayan region. The certificate, a sort of citizenship right, entitles a person to residency and government jobs in the region, which till last year was reserved only for the local population. Kashmiri politicians across the divide have said the revocation of special citizenship rights was aimed at reversing the Muslim majority character of the region.

Since June this year there is a relatively new player in the field: China. The newly separated Ladakh region is actually part of Tibet; its population is Tibetan by ethnicity, speaks Tibetan dialects and has a substantial number of Buddhists. So far China has been only a quiet partner in the J&K conflict but that is now changed. When India in June this year tried to push the Line of Actual Control (LAC) into Chinese territory and occupy new patches of land in the sensitive area it got a very bloody nose from the scuffle between Indian and Chinese army units. Since then both armies have concentrated more forces along the LAC and an uneasy truce seems to be holding so far. But India’s determination to occupy more territory does not stop at China. India created with Nepal in May when the defence minister inaugurated a new 80 km-long road in the Himalayas, connecting to the border with China, at the Lipulekh pass and the Nepali government protested, contending that the road crosses territory that it claims and accusing India of changing the status quo without diplomatic consultations. Things are deteriorating between India and Bangladesh as well given the plans of PM to push back Muslim Bengalis who are denied Indian citizenship over the border into Bangladesh. The media recently reported Bangladeshi Prime Minister Sheikh Hasina’s fourth consecutive snub of not giving an appointment to India’s High Commissioner to Dhaka, Riva Ganguly Das, which has been taken in bad taste by the Indian Foreign Service. Last but not least Iran has distanced itself from India by pushing it out from the Chabahar rail project after having sighed a substantial contract with China for inclusion into the BRI. Iran has also signalled cancelling a million-billion dollar energy project.

The Kashmiri population is paying the price for India’s single-handed action to “solve” the Kashmir conflict, this has created new turmoil in IHk. There is no relief in sight for them in the short run. Looking farther ahead though the aggressive anti-Muslim policy based on a territorial nationalist idea of ‘Akhand Bharat’ is steadily isolating India in the region from estranged neighbours. Together with a growing unrest within the country India may be facing serious threats to its unity and integrity which will certainly impact Indian economy. 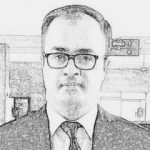