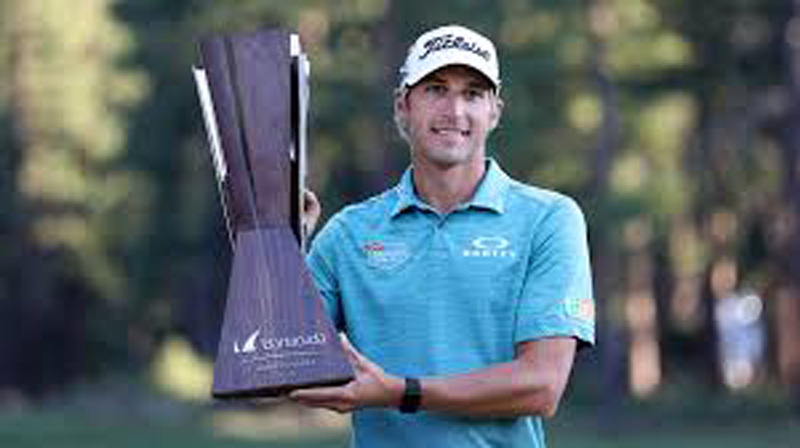 OLD GREENWOOD: Richy Werenski made three birdies and an eagle in his final seven holes to surge past Troy Merritt and claim his maiden PGA Tour victory at the Barracuda Championship on Sunday. Werenski began the day seven points behind third-round leader Merritt but tallied 13 in the final round to notch a winning score of 39 points at the event played under the modified Stableford format. The format awards eight points for an albatross, five for eagle, two for birdie, zero for par, and subtracts a point for bogey and three for double-bogeys or worse. Werenski, 28, eagled the par-four 16th hole to move to within a point of fellow American Merritt before sinking a long birdie putt on the final hole. Merritt had a chance to seal the victory but his birdie putt came up just short and he finished on 38 points, having squandered a final-round lead at the Barracuda for the second consecutive year. “I feel like I’ve been playing well for the last couple months. But to get a win, that’s huge,” said Werenski, whose victory ensures a spot in next week’s PGA Championship. “I’ve got a couple seconds and everything, so this just helps my confidence a lot. Now I know I’m good enough.” Fabian Gomez and Matthias Schwab finished in a tie for third at 37 points.