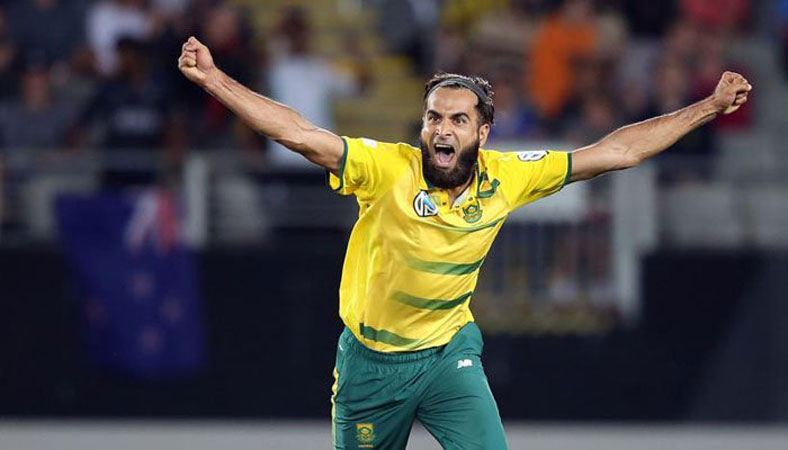 LAHORE: South Africa’s prolific leg-spinner Imran Tahir has claimed that the young Pakistan side will do well under the leadership of their prolific batsman Babar Azam. In an interview, the 41-year-old said that Babar was one of the best players in the world while wishing him best of luck for the future. “The current team led by Babar Azam is very young and I wish him all the best because I believe he is one of the best players in the world today. He is surrounded by youngsters. Young players put a lot of effort into the game. My experience tells me that they will do well in the future but at the same time they should be prepared to not give up if they lose some games,” said Tahir.

He also spoke about playing without fans in the stadium, amid the novel coronavirus (Covid-19) pandemic. “I have seen in the recent matches that the interest of the players is the same as before. Whenever you play a sport, you don’t like losing. I believe that if you play with your heart than you will get results. Even without a crowd, if you enjoy playing than everyone will enjoy it as well,” he said. The Proteas leg-spinner revealed that hard work and determination helped him in the initial days of his career.

“Since the start I wanted to compete wherever I played cricket. I wasn’t sure about my skills but I still wanted to compete. I did not want to give up and I was rewarded for it. It is never easy to come from a small town and play cricket around the world. I feel proud for coming through a city that did not have a lot of facilities. I did not let these obstacles get in my way. I kept telling myself that if I stayed loyal with myself while continuing my training and working on my fitness than I will be rewarded,” he said. “I have played for one of the best teams in the world [South Africa] for around 10 to 11 years and I am very grateful for that. I actually feel even fitter than the past as far as my age is concerned. So if I keep bowling well, fielding well and compete with the best I will keep on playing,” he further stated.

Tahir stated that it was hard to leave Pakistan but the support of his wife and family helped him stay true to his decision. “For someone born and raised in Lahore, whose family and friends are all in Pakistan, it’s not a small thing for someone like that to leave his country and play somewhere else. I would give credit to my family and wife for helping me with my decisions. My first five years were really tough and nobody knew what would be the outcome. When I left Pakistan I was really heartbroken. My mother and father left this world wishing that I would play for Pakistan. I think it’s one of those things, that if you look back, you can bring out a lot of things but I am really happy with how it all panned out in the end,” he said.

The leg-spinner claimed that racism was everywhere but being tough allowed him to adjust to different environments. “Racism is everywhere in the world. If I didn’t go to South Africa, I might have had to play in the under-19 in Pakistan and would have come across many problems. It was tough because I was alone there and this did not ever happen before in their history that a person from Pakistan goes there and takes their national team’s cap. My initial years were tough but then I showed that I was tough as well and then I adjusted there as well,” he concluded.