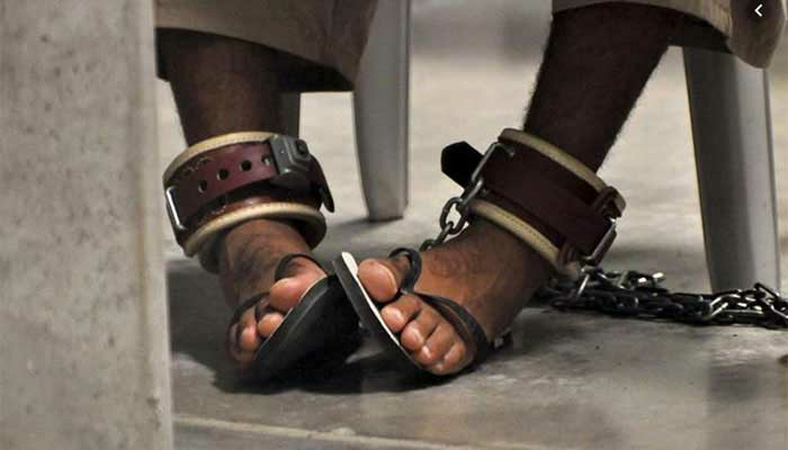 The Senate Functional Committee on Human Rights in its meeting on Wednesday at Parliament House discussed in detail the Torture and Custodial Death (Prevention and Punishment Bill, 2020, introduced in the House by Senator Sherry Rehman.

The Committee also deliberated over incidents of sexual harassment at Lahore Grammar School (LGS) 1A1 Branch and actions taken thereof and the abduction of renowned journalist Matiullah Jan.

The meeting commenced with a briefing of the Principal LGS and Secretary Education Punjab. Punjab police too, presented its opinion regarding the case. The Committee showed displeasure regarding the absence of Parent Teacher Association (PTA) in the school and that no attempt to promote anti-Harassment Laws on the campus was made. It was asserted that the LGS must ensure that the anti-Harassment Law must be displayed on wall of the school and its 75 campuses so that everyone is aware of what it states and that students feel protected. A very active PTA with ample powers must be formed and legislation must be formulated to prevent harassment and bullying on-campus. Secretary Education, Punjab informed the Committee that a new law will encompass all these issues is being formulated; the draft of which will be presented soon to the Committee. Chairman Committee, Senator Mustafa Nawaz Khokar asserted that functions of the PTA must be added to this law. He stressed the need for an on-campus office to deal with issues of harassment and bullying as well. He directed that the School must submit a compliance report within two weeks and the Director must be present in the next meeting.

While taking up the issue of the disappearance of renowned journalist Matiullah Jan the Committee severely condemned the escapade. The Committee asserted that responsibility for this grave act must be fixed and the Government of Pakistan must ensure this. IG Police, Islamabad was directed to investigate the matter thoroughly and a report along with copy of challan is to be submitted to the Committee within two weeks.

Discussing the Torture and Custodial Death (Prevention and Punishment Bill, 2020, introduced by Senator Sherry Rehman; the Committee recommended some amendments and assured that after their incorporation; the Bill will be passed in the next meeting.