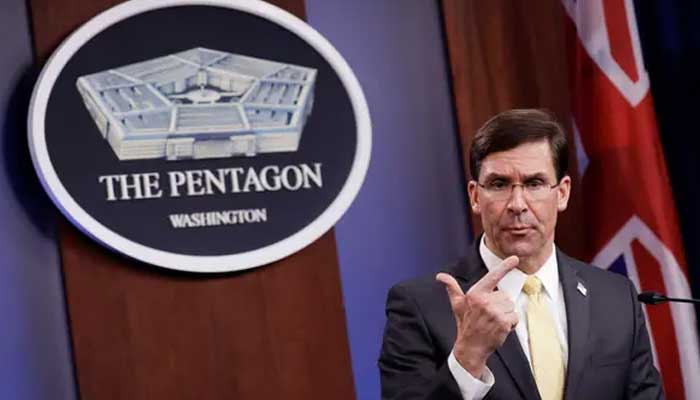 WASHINGTON: US Defense Secretary Mark Esper said Tuesday he plans to visit China this year, as Washington takes a tougher stance against Beijing in the disputed South China Sea.

Esper said he had spoken to his Chinese counterpart several times and hopes to make the trip by year’s end.

He told a security seminar that one of the goals of the trip would be to “establish the systems necessary for crisis communications and reinforce our intentions to openly compete in the international system in which we all belong”.

Secretary of State Mike Pompeo said Monday the United States would treat Beijing’s pursuit of resources in the South China Sea as illegal, ramping up support for Southeast Asian nations with rival claims and triggering a furious response from Beijing.

It was the latest forceful statement by President Donald Trump’s administration to challenge China, which he has increasingly cast as an enemy ahead of November elections.

“We are making clear: Beijing’s claims to offshore resources across most of the South China Sea are completely unlawful, as is its campaign of bullying to control them,” Pompeo said in a statement.