To survive financial storm of virus, states turn to Congress 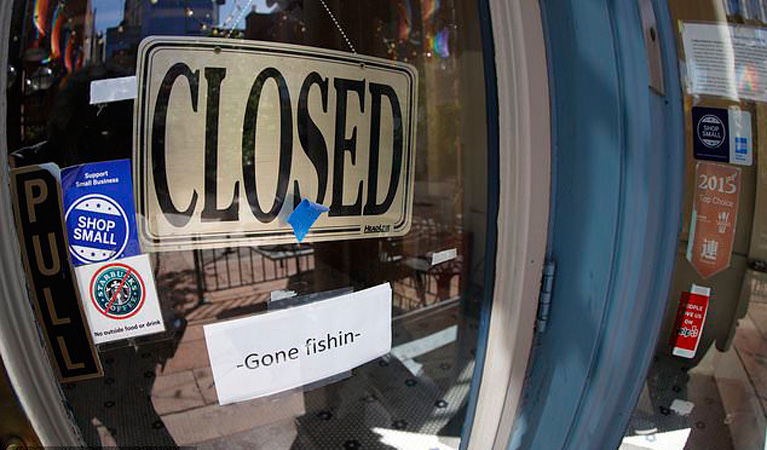 State governments trying to weather the financial storm brought on by the coronavirus are borrowing billions of dollars and desperately trying to slash costs by furloughing workers, delaying construction projects, cutting aid to schools and even closing highway rest areas. For many states, as well as local governments, the main hope for avoiding even deeper cuts is to get help from Congress, which returns from vacation this week.

In Nevada, lawmakers contending with a $1.2 billion budget gap have been unable to reach a deal on a spending plan. They passed a resolution last week urging Congress to step in. “We are forced to make impossible decisions regarding funding critical public health, education and more,” Democratic Gov. Steve Sisolak said in a statement. “Congressional leadership must act to help us restore devastating reductions being made to fill this historic shortfall.”

Before the pandemic, states generally were meeting revenue goals for their budget years. Now Congress has already allocated more than $3 trillion in coronavirus aid to individuals, businesses and governments that went into financial shock last spring as much of the nation´s economy shut down.

Unlike most states, the federal government is not required to have a balanced budget. The deficit this year is already a record $2.7 trillion.

The House passed a bill in May to provide another $3 trillion, with about a third of it going to state and local governments. Senate Majority Leader Mitch McConnell, a Kentucky Republican, is calling for a more modest package worth around $1 trillion total. He has not announced details, but he has said that school funding is a priority.

Bipartisan groups including the National Governors Association and the National League of Cities, along with a long list of businesses, want a major aid proposal. If it does not come through, they foresee harsh consequences.

States face a cumulative budget gap of $312 billion over the next two years, and local governments would need nearly $200 billion to meet their expenses, Moody´s Analytics said in a report last month.

Without quick aid, the US economic crisis could deepen, costing 4 million jobs in government and the private sector, according to the economic research arm of the credit rating agency.

Some other estimates, including one from the Center for Budget and Policy Priorities, put the state budget gap even higher – about $555 billion for states alone over the next two fiscal years.

Governments with higher debt and smaller reserves have the greatest needs. Many conservatives are in no hurry to help them. A group of more than 200 current and former state lawmakers joined with tea party leaders in signing a letter circulated by the American Legislative Exchange Council warning that “a federal bailout would only encourage this cycle of debt and spending to continue.”

Meanwhile, state lawmakers, city councils and school boards are trying to balance their budgets with tax revenue dropping and expenses rising as the nation keeps fighting the virus.

In many cases, the answer has been furloughing or laying off employees.

By last month, there were about 1.5 million fewer people working for governments in the US compared with February, according to seasonally adjusted data from the federal government. More than half the layoffs were in education.

Governments have also adopted budgets with an eye toward what may come out of Washington. California, for instance, is requiring state government employees to take off two unpaid days each month, but those furloughs could be reduced or eliminated if federal help arrives.

New Jersey is one of a handful of states to authorize debt to keep basic services running, allowing borrowing of nearly $10 billion over the next year, over the objections of some GOP lawmakers. The governor´s office said that figure might be reduced if aid arrives. Similarly, New York, which also is borrowing, and Missouri have budgets that call for cuts if not enough federal aid shows up.

Wyoming has closed highway rest areas at least through September, while Florida has halted work on a new courthouse in St. Petersburg, one of many construction projects put on hold around the country.

In Lexington, South Carolina, a community of more than 18,000, a park renovation has been put on hold, as have plans to buy new police cars as the town contends with lower local revenue and no word yet on how much it will get from the state government.