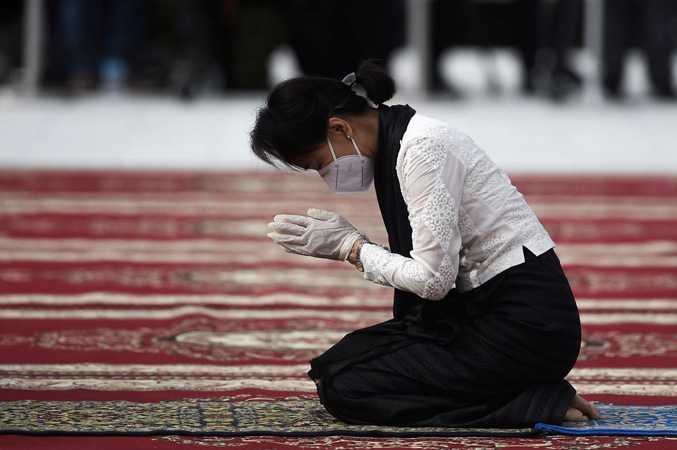 Myanmar’s public marked one of the Southeast Asian nation’s darkest moments on Sunday with tributes to slain independence heroes, though the annual Martyrs’ Day gatherings were muted by the coronavirus pandemic due to social distancing measures. Flanked by senior government and military officials, state counselor Aung San Suu Kyi laid a wreath at a mausoleum dedicated to Aung San, her father and the country’s independence hero, who was assassinated alongside members of his cabinet on July 19, 1947. Crowds also laid flowers beside statues of Aung San, who remains a potent political force in the country, with his image used by his daughter and some of her rivals to garner support among a public that continues to revere him. The former ruling military junta for years curtailed use of his image for fear it would help the democracy movement that emerged in 1988 led by Suu Kyi. In the commercial capital of Yangon on Sunday, crowds queued to approach a statue of Aung San clutching portraits of the independence leader and his daughter, waiting on markers painted in the road to encourage people to keep a distance. “The Martyrs’ Day was once extinct, during the political crisis,” said Yin Yin Phyo Thu, as she laid flowers.