* Located within the Century high-rise, the full-floor residence was reimagined during Perry's ownership by architect Scott Joyce and interior designer LM Pagano 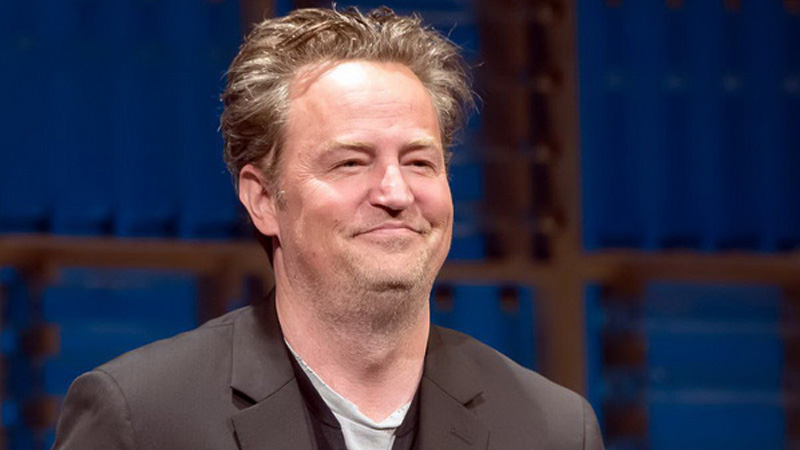 The price for Matthew Perry’s “mansion in the sky” is coming back down to earth. The actor of “Friends” fame relisted his Century City penthouse this week for $27 million, down from $35 million last year.

Located within the Century high-rise, the full-floor residence was reimagined during Perry’s ownership by architect Scott Joyce and interior designer LM Pagano.

An open-concept living room, centre-island kitchen and custom screening room are among the living spaces. Four bedrooms include an expanded owner’s suite outfitted with dual bathrooms, walk-in closets and a plush sitting area in the 50-year-old actor’s home.

The 140-unit Century building, designed by Robert A.M. Stern, was completed in 2009. Concierge and security services, a fitness studio, a swimming pool and four acres of gardens and walking paths are among community amenities.

Married actors Anna Paquin, 37, and Stephen Moyer, 50, who starred together on HBO’s vampire drama “True Blood,” have put their home in Venice on the market for $14 million.

The multilevel contemporary, designed by architect David Hertz, is called the Hollywood Bowl House for its wood siding, which was built using the original benches from the beloved LA amphitheatre.

Completed in 2017, the 7,100-square-foot house features a two-story entry with a pivoting front door, polished concrete floors and bifolding walls of glass that merge indoor and outdoor space. A dining patio sits off the kitchen and family room on the second level. On the top floor, a small office opens to a rooftop deck. There also is a gym and a sauna.

Outside, a swimming pool and spa are tucked beneath an overhanging section of the home. A small courtyard with lawn fills the front.

Filmmakers Laura Ricciardi and Moira Demos of “Making a Murderer” have put their home in Los Feliz up for sale at $3.297 million, records show.

Built in 1923, the house pairs classic moulding and coved ceilings with updated tile work in the bathrooms and kitchen. The 3,600-square-foot house has separate living and dining rooms accessed by pocket doors off the foyer. Among the four bedrooms and four bathrooms is an owner’s suite outfitted with a claw-foot soaking tub.

Outside, a trellis provides cover to a dining area. A swimming pool, lawn, hedges and detached two-car garage fill out the grounds.

The onetime Encino address of attorney Robert Kardashian – where O.J. Simpson hid from the police before his famous Ford Bronco highway chase – is up for sale, with a brand-new look and a brand-new price: $5.799 million.

The house became part of history in 1994 when Kardashian, Simpson’s friend and, later, defense attorney, let him use the property as a refuge from the media. When police charged Simpson with killing his ex-wife, Nicole Brown Simpson, and Ron Goldman, Simpson and his friend Al Cowlings hid at the home before fleeing authorities, setting off the infamous car chase down the 405 Freeway. Recently rebuilt, the 8,000-square-foot abode sports a new, modern look. A gated motor court approaches a dramatic glass entry, which opens to a two-story floor plan with six bedrooms and nine bathrooms.

The main level is completely open, with tile floors, modern fixtures, floating staircases and an 84-bottle wine rack. Upstairs, there is a movie theatre with a 200-inch screen and two owner’s suites with sitting areas and balconies.

The house has stayed in the spotlight in recent years, appearing in the FX series “American Crime Story: The People v. O.J. Simpson.”

An attorney and businessman, Kardashian is the ex-husband of Kris Jenner and the father of Kourtney, Kim, Khloe and Rob Kardashian. He died in 2003.