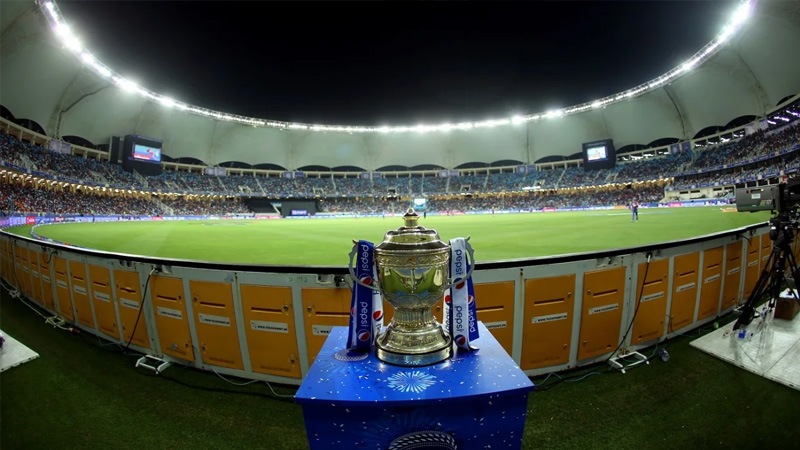 DUBAI: The 2020 edition of the Indian Premier League (IPL) being played entirely in the United Arab Emirates (UAE) is now a distinct possibility, and that the BCCI (Indian Cricket Board) has earmarked a tentative window between September 26 and November 7 for it. A final decision will be taken by the BCCI once the International Cricket Council (ICC) announces the likely postponement of the men’s T20 World Cup, scheduled between October 18 and November 15 in Australia. The ICC Board is scheduled to have a call on July 20 to discuss the matter, and a final decision on the World Cup is likely to be taken then.It is understood that the BCCI has written to the Indian government seeking permission for the tournament to be shifted to UAE and also get the necessary travel permission for the players and officials of the teams.

On Friday, the BCCI’s Apex Council discussed the possibility of the IPL being played in the UAE in its entirety. It is understood that the BCCI would still prefer conducting the tournament in India, but the Covid-19 situation – the number of infections in the country are on the rise – has meant that the UAE has been identified as the next-best option. In April, the BCCI deferred the IPL indefinitely because of the pandemic. With over a million cases at the moment, India is third on the list of countries in terms of infections and has officially recorded over 26,000 deaths. The BCCI had originally wanted to conduct the IPL behind closed doors in limited venues and singled out Mumbai as the hub, but India’s commercial capital has a huge number of Covid-19 infections in the country, making it unfeasible.

In June, BCCI president Sourav Ganguly wrote to the state associations, stating the board was “optimistic” about the IPL taking place this year and “all possible options” were being worked out including playing in “empty stadiums”. If the tournament does shift to the UAE, it would be the second time for the IPL there, after the first 20 matches of the tournament were staged in Dubai, Abu Dhabi and Sharjah in 2014 because of the general elections in India.

In April, the Emirates Cricket Board had written to BCCI, offering UAE as an alternative venue for the tournament. And the board is ready to play host now, if the BCCI green-lights the switch. “We are ready to fully support the IPL if it chooses to come and play in the UAE,” Mubashshir Usmani, ECB secretary, told ESPNcricinfo. “We will provide all the support concerning the protocol and government permission required to host the IPL. We are waiting for written confirmation from BCCI.” The tournament is expected to be played at the three main grounds in Dubai, Abu Dhabi and Sharjah, while it is not clear whether the oval at the ICC Academy in Dubai, too, could be used as one of the venues with the tournament likely to be played behind closed doors.

As far as the franchises are concerned, they discussed playing in the UAE during an owners’ call on July 13. With most of the global pool of players homebound due to the pandemic, the franchises are primarily concerned about the players getting enough training ahead of the tournament, which could go on for at least six weeks. If the tournament does move to UAE, it is understood that franchises are likely to set up their bases a month in advance, for training and also to cater to any quarantine measures imposed by the UAE government. It is understood that the main reason for marking November 7 as the date for the IPL final was to ensure Indian players get enough time to travel to Australia for the four-match Test series, set to begin in December.