Australian PM seeks to delay parliament due to COVID-19 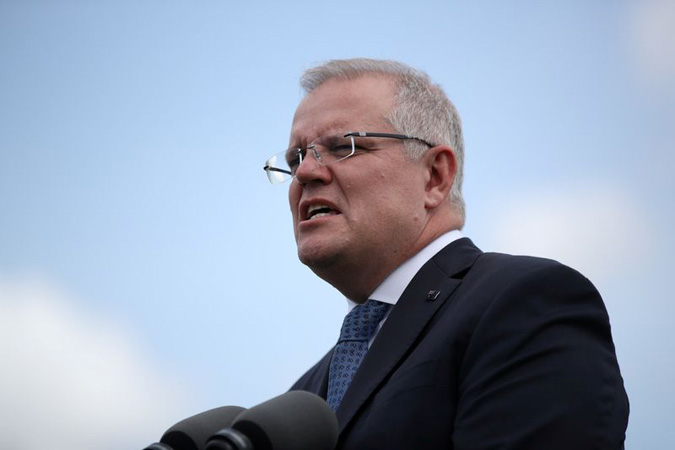 Australian Prime Minister Scott Morrison sought on Saturday to postpone an early-August sitting of parliament, saying the increased community transmissions of the novel coronavirus in the country’s two most-populous states have made it too risky.

Morrison said he had consulted with the parliamentary opposition and had asked the speaker to postpone the two-week session. As the request is largely a formality, lawmakers are expected to meet in the capital Canberra on Aug. 24 instead of Aug. 4.

“The government cannot ignore the risk to parliamentarians, their staff, the staff within the parliament and the broader community,” Morrison said, adding he acted based on the advice of medical authorities.

On Friday, Victoria state reported a record 428 new infections, while neighbouring New South Wales said it was banning dancing, singing and mingling at weddings as authorities struggle to contain a new wave of infections. [nL3N2EO18I]

Victoria forced nearly five million people into a partial lockdown for six weeks on July 9 in the country’s second most-populous state, as expectations of harsher social-distancing restrictions were growing with the virus continuing to spread.

In March, all parliamentary sittings were cancelled until August, but as the risks from the coronavirus decreased in the following months, special sessions and some sittings took place.

Opposition Leader Anthony Albanese said his Labor party accepted the government’s move to cancel the next sitting but said there should have been more opportunities for a discussion.

“There’s a lot of uncertainty in the economic environment and the Victorian situation is a significant setback,” Frydenberg told The Age newspaper in an interview published on Saturday.

“It’s diminished confidence beyond the Victorian border and the recovery is a confidence game. So, maintaining business and household confidence is going to be critical.”