Transferring an icon of good governance

In third world countries, the lack of good governance and accountability are considered as the main reasons for poverty and economic deprivation. Each and every developing country tries its level best to ensure transparency and rule of law in all fields of life to improve the living standards of its citizens. But at the same time, it’s a harsh reality that different criminal elements have evolved into organised criminal groups for their evil designs at the cost of public interest. In Pakistan, there are very few government officers who are considered honest and upright. 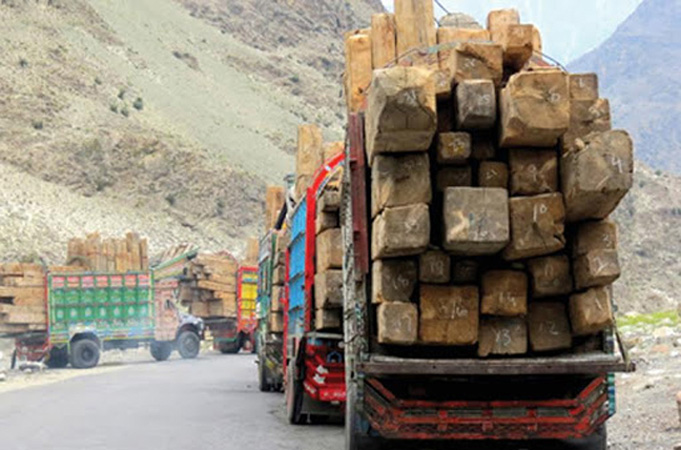 Even if honest, very few can claim to have public faith and trust in their actions. Mr Riaz Khan Mehsud is one such officer who is well known for his honesty, straightforwardness and upright way of performing his duties. Being a man with a proactive approach, his entire career shows innovative ideas to serve the masses. After being posted as the commissioner of Malakand, he again embarked upon the way of purging the departments under his command from all corrupt and incompetent personnel. Malakand division, especially Swat, is blessed with huge natural resources, including the great forest land, but this heaven on earth is threatened by the timber mafia. Mr Mehsud immediately started taking stern action against those government officials who were in collusion with timber mafia. This created havoc among their ranks.

Another daunting task was how to prevent the river swat from illegal encroachments. Under his directions, a survey was initiated, which revealed that almost 99 hotels and restaurants had been illegally constructed on the bank of river swat causing extreme water pollution. Being a visionary man with a deep sense of environmental protection and climate change, Mr Mehsud started preparations for launching a grand operation against all such illegal hotels and restaurants under the powers granted upon his office vide KP River protection act. But sadly, this champion of good governance has been shown the exit door. All of sudden, he has been prematurely transferred to Hazara Division.

Malakand division, especially Swat, is blessed with huge natural resources including the great forest land yet this heaven on earth is threatened by the timber mafia

This decision has come as a shock for the people of Malakand as they were in love with his pro-people actions. The public sentiment is that they have been callously let down by the present regime whose main slogan was ensuring the rule of law and merit. How can a person be transferred who, for the first time in the history of this region, was trying his level best to save our forests? Who was more concerned about urban flooding! Who had a deep understanding of how air and water pollution can damage our natural resources!

He had a clear understanding of the problem. River Swat had around 28 types of fish, which have now been reduced to only four or five, thanks to the illegal drainage system of these hotels and restaurants. They are throwing their waste and garbage directly into the river which has adversely affected climate. This hotel mafia is so strong that almost 90 per cent of the owners even don’t belong to swat. But they have succeeded in erecting hotels and restaurants with a net worth starting from 250 million to even one billion. The hotel and timber mafia were helpless before this son of the soil.

Mr Riaz was striving hard to implement the vision of Green Pakistan in letter and spirit. He is a staunch admirer of pro-environment projects like Billion Tree Tsunami. Needless to say, this happened when the KP province is headed by another upright officer, Mr Kazim Niaz, as its chief secretary. The people of Malakand, especially its youth, intelligentsia, political activists and social workers are feeling betrayed by the government for removing such a legendary officer. If this decision is revisited, it will prove to be.