Pakistan and its rich culture

* We compile a list of five intriguing books on film, literature and political history of Pakistan 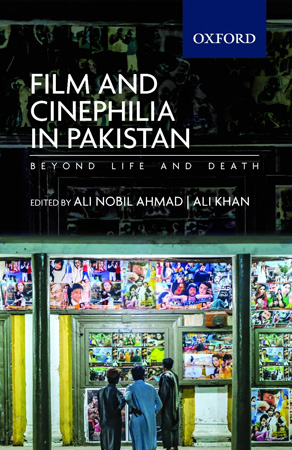 FILM & CINEPHILIA IN PAKISTAN: BEYOND LIFE & DEATH EDITED BY ALI NOBIL AHMAD & ALI KHAN — this volume is a carefully curated selection of recently published academic research, critical essays, translations, and interviews on Pakistani cinema. Indispensable for film enthusiasts, students, and scholars of cinema in Pakistan and beyond, it brings cutting edge works previously trapped behind paywalls together with neglected writings by figures such as Manto, Faiz Ahmed Faiz, and Muhammad Hasan Askari. Certain to become a classic in the burgeoning field of South Asian film and media studies, its scope encompasses past and present complexities of filmmaking, distribution, and cinephilia in a country whose rich cinematic heritage is just beginning to be appreciated. 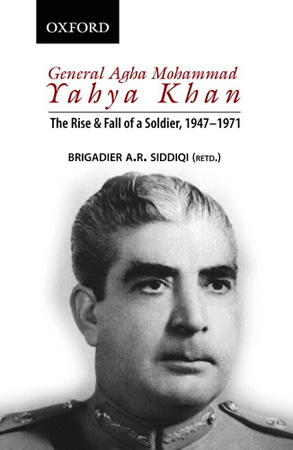 GENERAL AGA MUHAMMAD YAHYA KHAN: THE RISE & FALL OF A SOLDIER, 1947-1971 BY BRIGADIER AR SIDDIQI (R) — although this book is about General Yahya Khan’s personal trajectory in the Pakistan Army, yet it most importantly offers a historical insight into key political events from 1947 to 1971. The author presents his first-hand, objective account as a witness to essential developments in 1965 and 1971 wars and the events leading to both periods. This book also offers an analysis on the Pakistan Army’s ideological positioning in its introduction which helps us to understand the nature of armed conflicts within and without, the infiltration of the jihadi ethos against conventional professionalism of the army, as protectors of the homeland. 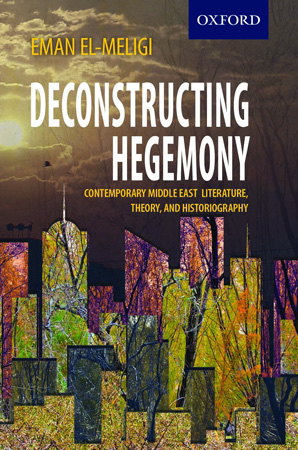 DECONSTRUCTING HEGEMONY: CONTEMPORARY MIDDLE EAST LITERATURE, THEORY & HISTORIOGRAPHY BY EMAN EL-MELIGI — this book is mainly informed by the deconstructionist approach, as it unravels literature, theory, and history writing, in addition to ideology, lexicon, media, and politics. The readings are also informed by, among others, Michel Foucault, Edward Said, Abdelwahab Elmessiri, and Noam Chomsky. In Part I of this book, El-Meligi analyses case studies in deconstructive literature by comparing works of Eastern and Western authors such as David Grossman, Mourid Barghouti, and Louise Erdrich. Part II probes deconstructive theory, philosophy, historiography, and lexicon that pertain to the geopolitical term, the Middle East. Among the writers analysed are Chomsky, Pappé, and Finkelstein. 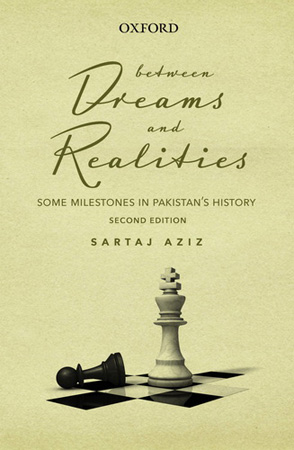 BETWEEN DREAMS & REALITIES: SOME MILESTONES IN PAKISTAN’S HISTORY SECOND EDITION BY SARTAJ AZIZ — in the second edition of this book, the author has added new material to an already illuminating record of the milestones and turning points in Pakistan’s political history. This book attempts to demonstrate that only a genuine democratic dispensation can ensure its survival as a viable federation. Sartaj Aziz argues that the vitality of a nation comes primarily from the value system, cultural heritage, and social energy of its people. Sartaj Aziz has also covered Pakistan’s emergence from military rule during the two PPP governments of the Zardari Presidency. He describes Nawaz Sharif’s third term as an elected prime minister, his later disqualification, and the subsequent in-house change. In the last chapter, ‘Imran Khan as Prime Minister’, the author examines the performance of Imran Khan since the 2018 elections. 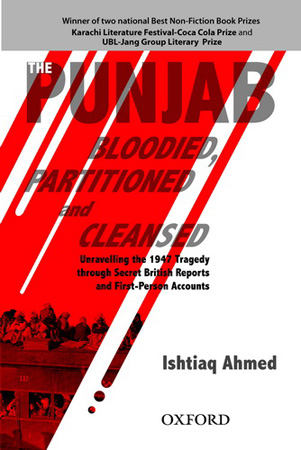 THE PUNJAB BLOODIED, PARTITIONED & CLEANSED: UNRAVELLING THE 1947 TRAGEDY THROUGH SECRET BRITISH REPORTS & FIRST PERSON ACCOUNTS SECOND EDITION BY ISHTIAQ AHMED — the Partition of India in 1947 resulted in the biggest forced migration in history. With interviewees from both India and Pakistan, the book gives a balanced account of Partition and shows how religious differences are no bar to peaceful coexistence unless highlighted by divisive forces. The new edition of this award-winning book includes more oral histories, each uniquely reflecting the tragedy of Partition. The expulsion of unwanted minorities by complicit administrations in the Indian East Punjab and Pakistani West Punjab is brought out into sharper relief in the light of a refined Theory of Ethnic Cleansing.