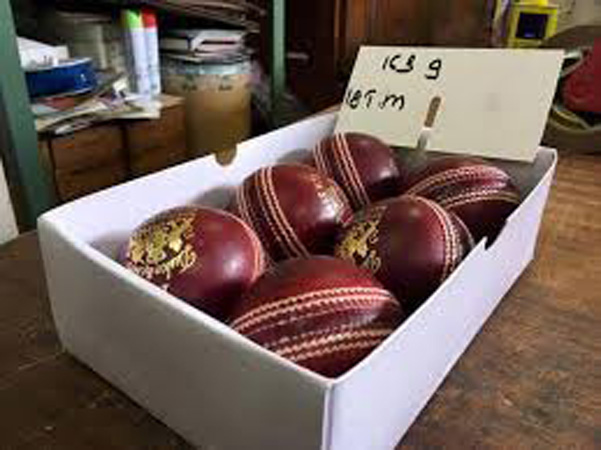 LONDON: The ball moved enough in last week’s Southampton Test between England and West Indies to erase any lingering doubt about swing bowling under cricket’s COVID-19 protocols, manufacturer of the Dukes ball said Wednesday. Strict health regulations that greeted international cricket on its return from a 117-day stoppage included a ban on saliva to shine the ball, even though players can still use sweat to polish it in order to generate swing. “The ball did swing and it was a balanced game of cricket,” Dilip Jajodia, managing director of British Cricket Balls Ltd, which produces the Dukes balls used in England, told Reuters by telephone. “When you flick your wrist, there are so many things that apply to swing. Not just anybody can run up and swing a ball. There are swing bowlers and there are fast bowlers. “You can’t look at Mark Wood or Jofra Archer and say ‘oh, the ball is not swinging’. They are not swing bowlers, they are fast bowlers. Likewise, (West Indies’) Shannon Gabriel is not a swing bowler either. For them, Jason Holder swings the ball and he was moving it.”

Holder claimed a career-best 6-42 in the first innings as West Indies went on to prevail by four wickets to go 1-0 up in the three-test series. England’s swing bowler James Anderson claimed three wickets in the first innings under an overcast sky but did not take any in the second. “Anderson is notoriously good for swing, but he can also have his off day,” Jajodia said, also blaming the absence of reverse swing on the lack of skill more than anything else. “Balls don’t reverse on their own. You have to have the skills to reverse it.” He said bowlers need not worry about swing as long as the ball was right. “The Dukes ball swing naturally because it’s properly constructed… The test match went through without any observation on the ball or its behaviour, which is always a good news,” he added. The second Test begins at Manchester’s Old Trafford on Thursday.