PM should see the writing on the wall and resign himself: Bilawal 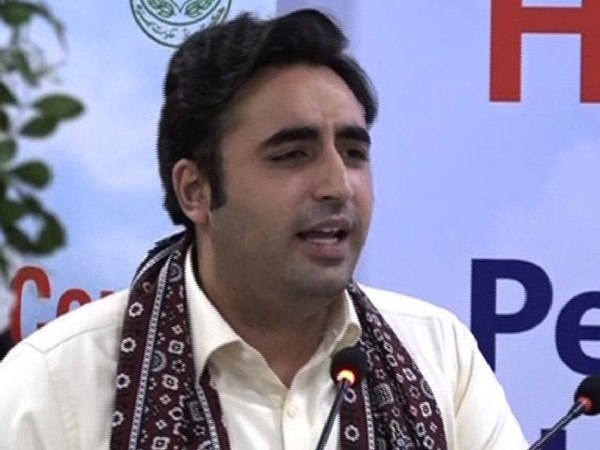 Pakistan People’s Party Chairman Bilawal Bhutto Zardari has asked the party workers to observe social distancing to not only combat coronavirus but also as a rehearsal to launch movement against the government when he gives a call for it at an appropriate time.

Addressing a virtual meeting of senior party leadership Wednesday evening in Karachi, the PPP chairman said he will soon issue a recorded message on social media to party workers in this regard. “Let there be no doubt or mistake that political movements cannot be launched because of coronavirus. Our workers will show to the world how to launch political movements even while observing precautions against the pandemic,” he said.

“With Imran Khan as prime minister, the country will go from crisis to crisis and its very stability is at stake. Indeed, the two cannot go together any longer. It is imperative that the selected prime minister sees the writing on the wall and himself quit,” he said. “One by one, the state institutions have been destroyed and there is total crisis of credibility of the current regime both within the country and abroad,” he said. “The monumental corruption of the selected regime has crossed all limits,” he added.

“While the BRT project stands out as a symbol of corruption, the contractors are being doled out more contracts. PIA has been ruined. A future historian will record that the country was once ruled by a selected prime minister whose chief contribution to the statecraft was witchcraft and corruption. While he advertised himself as Mr Clean, the selected prime minster thrived on the corruption of his henchmen,” the PPP chairman said. “The selected prime mister’s ATM Abraaj Group and K-Electric are sucking the blood of the people of Karachi while the NAB looks the other way,” he said. Bilawal. “Whether it is sugar and flour crisis, Malam Jabba, the billion tree farce, the foreign funding case or the oil pricing, corruption of the PTI regime floats on the surface of record for everyone to see,” he added.

“The auditor general of Pakistan has documented corruption and irregularities worth Rs 270 billion in first year in power of the selected prime minister,” Bilawal said. “While in the opposition, Imran would denounce all amnesty schemes, but now as prime minister, he has announced amnesty schemes to benefit his cronies,” he said. “When it comes to fighting the history’s fiercest locust attack, the selected prime minister refused to provide the needed support to the Sindh government in contravention of the federal responsibility,” he claimed.

Bilawal said that it is a matter of record that Pakistan’s growth had never been in negative even during the worst crisis of 1971 when the country was dismembered. “Today, because of the incompetence and corruption of the regime, Pakistan is faced with negative growth. People have been thrown out of jobs, unemployment is increasing by the day and people are committing economic suicides,” he lamented.

The PPP chairman condemned enforced disappearances in the country. He recalled that the ‘selected prime minister’ before coming into power had declared to make legislation within a month to address the issue. “But two years down the line, citizens who disagree with the state narrative continue to disappear with impunity,” he said.