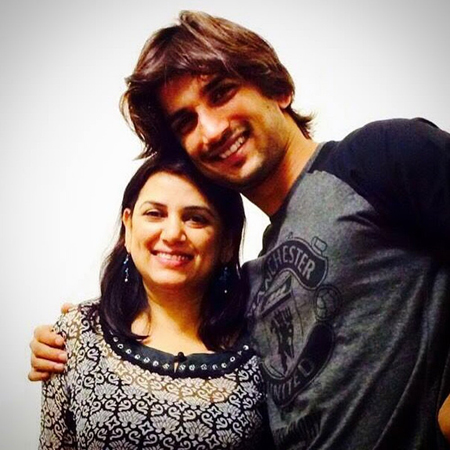 A month after Sushant Singh Rajput’s death, TV czarina Ekta Kapoor, who gave the actor his first break on television, remembered him with a heartfelt note.

Ekta posted a collage of pictures of herself with Sushant and friends from the happier times spent with each other and wrote, “Rest In Peace, Sushi! We will smile and make a wish when we see a shooting star and know it’s you! Love you forever!”

Sushant Singh Rajput died by suicide at the age of 34 on June 14 in Mumbai. He was said to be under stress and depression for some months. An investigation is currently underway in the actor’s suicide case. So far, 35 people, including his family members, close friends and work associates, have been interrogated by the Mumbai Police.

Ekta Kapoor had launched Sushant in the television industry with 2008’s ‘Kis Desh Mein Hai Meraa Dil’. She later cast him in ‘Pavitra Rishta’, which gave Sushant all the fame and recognition. He left the TV industry to join Bollywood and his debut film – ‘Kai Po Che!’ – released in 2013.

Sushant was the star of films such as ‘Shuddh Desi Romance’, ‘Detective Byomkesh Bakshy!’, ‘M.S. Dhoni: The Untold Story’, ‘Raabta’, ‘Kedarnath’, ‘Sonchiriya’ and ‘Chhichhore’. His last film will be ‘Dil Bechara’ which will stream from July 24 on Disney+ Hotstar.