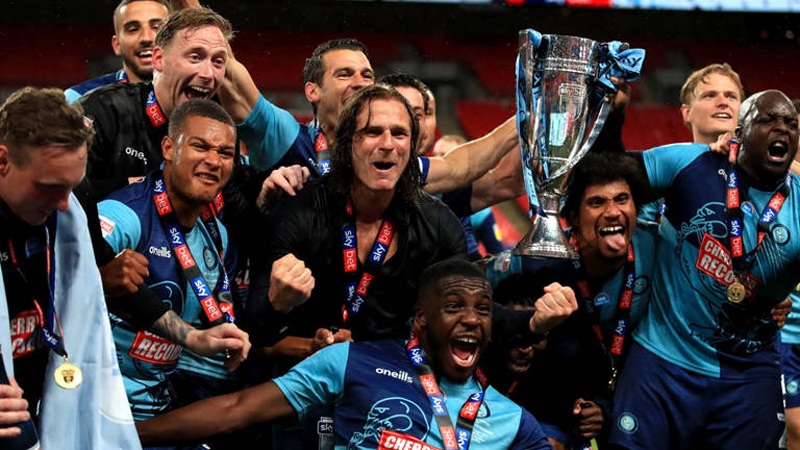 LONDON: Wycombe Wanderers won promotion to the second-tier Championship for the first time after a 2-1 win over Oxford United in the League One playoff final at Wembley on Monday. Wycombe, a non-league club until 1993, were promoted from League Two last season and secured victory thanks to a 79th minute penalty from Joe Jacobson. Wanderers were in eighth place in the League One table before the season was terminated due to the Covid-19 pandemic but leapt up to third when the final standings were decided by the Points Per Game method. Anthony Stewart had headed Wycombe in front in the ninth minute at an empty Wembley were fans were not allowed to attend due to Covid-19 restrictions. But Oxford drew level in the 57th thanks to a Mark Sykes cross-shot from the right wing which looped over Wycombe keeper Ryan Allsop. The contest was settled when Oxford keeper Simon Eastwood barged into Fred Onyadinma and Jacobson converted the spot kick.