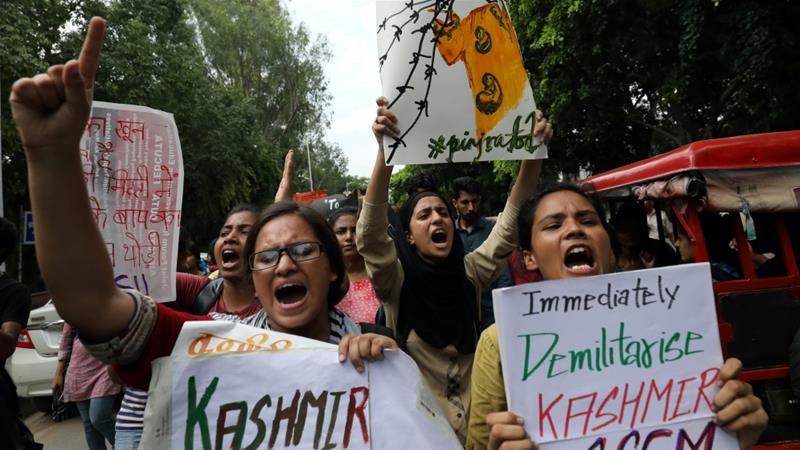 Because of the war that was erupted between India and Pakistan because of Kashmir India approached the United Nations asking it to get involved. The United Nations recommended holding a referendum to settle the question of whether the state would join India or Pakistan. However the two countries could not agree to a deal to demilitarise the region before the referendum could be held.

In July 1949, India and Pakistan signed an agreement to establish a ceasefire line as recommended by the UN and the region became divided.

UN Secretary General Antonio Guterres said he had been following the situation in Jammu and Kashmir “with concern”, making an appeal for “maximum restraint”

“The position of the United Nations on this region is governed by the Charter…and applicable Security Council resolutions”, said the statement. “The Secretary-General also recalls the 1972 Agreement on bilateral relations between India and Pakistan also known as the Simla Agreement, which states that the final status of Jammu and Kashmir is to be settled by peaceful means”, in accordance with the UN Charter

Pakistan’s Prime Minister Imran Khan welcomed the comments and called on the UN to do more to arbitrate over the issue of Kashmir.

“If the United Nations does not play its part, this could become one of the flashpoints in the world,” he said at an event where he spoke alongside the UN chief. “Not to alarm you, but prevention is better than cure.”

Ambassador Zhang said Council members had “expressed their serious concern” concerning the current situation in Jammu and Kashmir…The Kashmir issue should be resolved properly through peaceful means, in accordance with the UN Charter, the relevant Security Council resolutions and bilateral agreements.”

Federal Minister for Human Rights Shireen Mazari penned a letter to the UN High Commissioner for Human Rights Michelle Bachelet, expressing serious concerns over India’s invasion of Jammu and Kashmir. Mazari noted that UNHCR has issued two reports on the situation in the valley and that the reports had expressed serious concerns about the human rights situation in India-occupied Kashmir.

She said that the recent photograph of a three-year-old child crying over the dead body of his grandfather reflects continued Indian barbarism.

Kashmir is an culturally diverse Himalayan region, covering around 86,000 sq miles (138 sq km), and famed for the beauty of its lakes, meadows and snow-capped mountains.

Even before India and Pakistan won their independence from Britain in August 1947, the area was hotly disputed. Under the partition plan provided by the Indian Independence Act, Kashmir was free to comply with either India or Pakistan.

The maharaja (local ruler), Hari Singh, initially wanted Kashmir to become independent – but in October 1947 chose to join India, in return for its help against an assault of tribesmen from Pakistan.