Civil society protest against US president 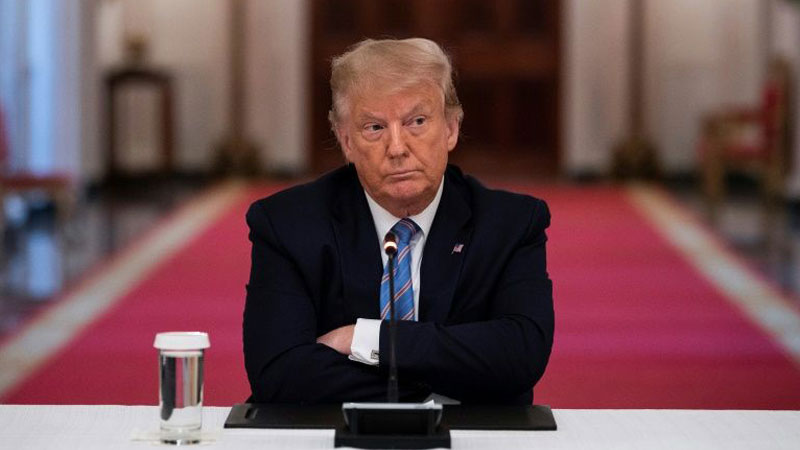 In a demonstration on Sunday the protesters blamed President of the United States, Donald Trump for devastate occurred by spread of COVID-19 as, they said, his ‘negligence’ shake out this pandemic and his irresponsible behaviour resulted to loss of thousands of people’ lives in the world. A large number of the civil society representatives and human rights activists gathered outside the National Press Club. They were holding placards and banners inscribing slogans against the US President.

The protestors demanded that the number of people lost their lives due to the virus. “The Trump should be declared as an international criminal who played with the lives of such a big number of people,” they said.

As a world Superpower country’s President, the protestors added, the Trump should help out the world instead, they alleged, he thoroughly done otherwise, adding that on this difficult time when the entire world needed US’s guidance and help, its President remained busy in making unnecessary and baseless allegations against China and World Health Organization (WHO).

The protesters demanded damages from the US government for this inhumane practice, adding that the US is the largest donor to health care, so it was the US’ job to control the virus promptly through the WHO.

They recalled that China did its best to contain the virus with a lockdown in Wuhan, adding that it fulfilled its responsibility by informing WHO about the pandemic and its consequences.

The rights defenders said that when the virus reached Pakistan, the incumbent government failed to control it. The protestors said that an investigation should be launched against Trump as he leveled baseless allegations against Beijing. “Under pressure at home in the US, which has far more virus cases and deaths than any other country, Trump has also targeted the WHO with accusations that it failed to do enough to combat the initial spread of the disease,” they recalled.

They maintained that around 400,000 people have died of Covid-19 out of around 5 million infections worldwide since its emergence, and governments are scrambling to contain the virus while seeking ways to resuscitate their economies.