* Now, however, Jada says she and August were in a relationship while she and Will were temporarily separated 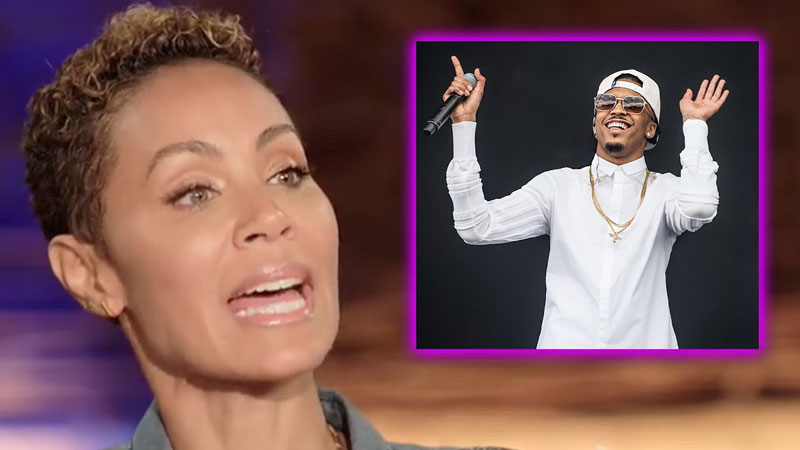 Jada Pinkett Smith promised to bring herself to the red table and she did not disappoint.

On Friday’s episode of her Facebook Watch Show Red Table Talk, Jada sat down with husband Will Smith to address allegations that she had an affair with singer August Alsina. Jada previously denied August’s claims that they were once intimate, and said it was “absolutely not true” that Will ever gave his blessing.

Now, however, Jada says she and August were in a relationship while she and Will were temporarily separated.

“This is a very personal journey that became very public,” Jada shared, to which Will responded, “So what happened, Jada?”

“About four and a half years ago,” she explained, “I started a friendship with August. We actually became really, really good friends. It all started with him just needing some help. Me wanting to help his health, his mental state.”

Will agreed that the entire Smith family offered their support as August battled an autoimmune disease, however his relationship with Jada was reaching a breaking point at the same time.

“From there, you and I were going through a very difficult time,” Jada explained. “We broke up.”

‘This is a very personal journey that became very public,’ Jada shared, to which Will responded, ‘So what happened, Jada?’

It was then that Jada said she “got into a different kind of entanglement with August.”

When Will pressed Jada to offer more specific details, she said, “It was a relationship. I was in a lot of pain and I was very broken. In the process of that relationship I definitely realized you can’t find happiness outside of yourself. Luckily enough, you and I were also going through a process of healing in a much different manner. We did everything we could to get away from each other, only to realize that wasn’t possible.”

The star also touched on August’s claim that Will gave the couple permission to explore a romantic relationship.

“The only person that can give permission in that particular circumstance is myself,” Jada asserted. “But what August was probably trying to communicate, because I can actually see how he would perceive it as permission because we were separated amicably. I think he also wanted to make it clear that he’s not a home wrecker, which he’s not.”

Looking back, Jada said that through her relationship With August, which she doesn’t perceive as a “transgression,” she was able to work through “deep healing.”

When Jada and Will decided to give their decades-long relationship another shot, Jada said August decided to “break all communication” and they haven’t spoken since.

The couple admitted they were confused by August’s timing, given that their separation took place “several years ago,” however Jada said it’s only made their marriage stronger. “The one thing I’ll say about you and I is that there has never been secrets,” she told Will.

He responded, “We came together young and were both broken in our own ways. To be able to make mistakes without the fear of losing your family is so critical.”

August has yet to comment on the Red Table Talk episode, but did say he has no regrets after speaking out publicly. “My truth is MY truth, & it’s mine to own,” the performer shared on Instagram last week. “There is no right or wrong here, it simply just IS.”