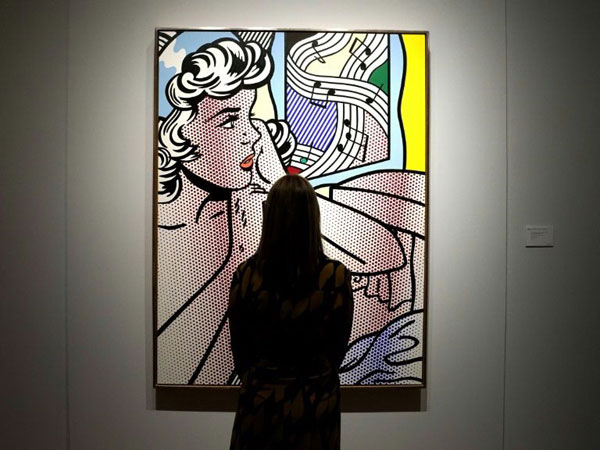 Roy Lichtenstein’s “Nude with Joyous Painting” was the big seller as a Christie’s hybrid sale fetched an impressive $421 million Friday, signaling the art market is holding firm during the coronavirus pandemic.

The event, entitled “ONE,” started with an auctioneer in Hong Kong selling a series of works, before another took over in Paris, followed by London and then New York.

Christie’s opted for the unique, one-day format after it was forced to rework its spring sales, a traditional highlight of auction season, because of the COVID-19 crisis. Lichtenstein’s 1994 painting sold for the highest price at $46.2 million, well above its pre-sale estimate of around $30 million,

Several records were broken, most notably for the American abstract painter Brice Marden, whose “Complements” went for $30.9 million.

No painting crossed the $50 million mark, but 94 percent of the works found buyers — a high rate even in non-pandemic times.

More than 20,000 art aficionados followed the four hours of sales online. Including fees and commission, the total value of items sold was $421 million.

Collectors could bid online and by phone.

In Hong Kong, Paris and London, some collectors were able to attend the sale in person but the New York leg was closed to the public because of social distancing restrictions.