* International humanitarian group warns 12,000 people may die per day from hunger linked to Covid-19 by the end of this year

With most of the world caught up solely to contain the Covid-19 pandemic, the international humanitarian group has belled alarm that hunger can even kill far more people than the coronavirus itself, joining Prime Minister Imran Khan’s call for balance between lives and livelihood.

“By the end of the year, 12,000 people per day could die from hunger linked to COVID-19, potentially more than will die from the disease itself. This is more than the peak global coronavirus death rate of 10,000 per day in April,” according to Oxfam, an international confederation of 20 NGOs working in over 90 countries against injustices causing poverty.

The latest Oxfam report ‘The Hunger Virus’ is yet another endorsement of the approach adopted by Prime Minister Imran Khan since the outbreak of the coronavirus in Pakistan in March by strongly opposing blanket lockdown in the country. The incumbent government initiated the smart lockdown strategy to ensure a balance between the lives and the livelihood by allowing the people earn their bread in a country where millions of people lived below the poverty line.

While urging the governments for urgent action to end this hunger crisis, the charity organization said the pandemic was the final straw for millions of people already struggling with the impacts of conflict, climate change, inequality and a broken food system that had impoverished millions of food producers and workers.

The US-based Bloomberg news agency had also termed the smart lockdown approach the only hope of returning to a more normal life the world waits a vaccine.

Prime Minister Imran Khan’s balanced approach also got validation by world famed scientists, organizations as well as international media. According to Daily Mail, Nobel laureate scientist Michael Levitt had also warned in May that coronavirus lockdown could have caused more deaths than it saved as the decision to keep people indoors was motivated by ‘panic’ rather than the best science. His claims echo those in a JP Morgan report that said lockdowns failed to alter the course of the pandemic but have instead ‘destroyed millions of livelihoods’.

“New hunger hotspots are also emerging. Middle-income countries such as India, South Africa, and Brazil are experiencing rapidly rising levels of hunger as millions of people that were just about managing have been tipped over the edge by the pandemic. Even the world’s richest countries are not immune,” the Oxfam report said.

The World Food Programme (WFP) estimates that the number of people experiencing crisis level hunger will rise to 270 million before the end of the year as a result of the pandemic, an 82% increase since 2019.

The Oxfam said that consequent to a sudden 21-day lockdown by Indian government, millions of people who were already living precarious existences on the brink of hunger were suddenly tipped over the edge and left around 40 million jobless overnight. The Sky News, a British media outlet, quoted Chief Executive of Oxfam GB Danny Sriskandarajah saying, “The knock-on impacts of COVID-19 are far more widespread than the virus itself.”

While advocating for UN Secretary General’s call for a global ceasefire, the Oxfam urged all countries and parties to immediately stop fighting and selling arms and allow for humanitarian aid to reach people and peace efforts to be progressed. agencies 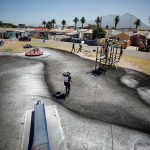 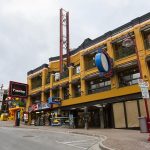