Dr. Samra Afzal, wife of Pakistani cricketer Nasir Jamshed, has been honoured by England and Wales Cricket Board for her services during the coronavirus pandemic. 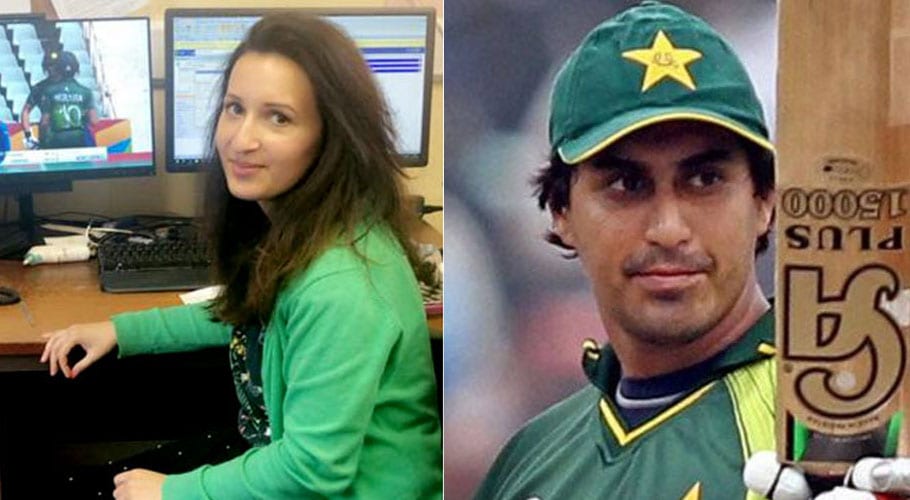 The English players put on training jerseys with names of the nominated health officials printed on the back in order to pay tribute to them.

The jersey with Dr. Samra Afzal, a Pakistani-British doctor’s name on it was donned by renowned player Chris Woakes, who is happened to be a favourite cricketer of her.

Taking it to Twitter, she said, “Absolutely honoured & delighted to be recognized in the #RaiseTheBat campaign by @ECB_cricket for my efforts as a Dr during this pandemic.. all the more special that it’s through one of my favourite cricketers @chriswoakes..thank you Gulfraz @NatAsianCC for the nomination.”

Earlier, Nasir Jamshed, the former Pakistan batsman, has been sentenced to 17 months in prison at Manchester Crown Court, after pleading guilty in December to a conspiracy to bribe fellow cricketers in the Pakistan Super League (PSL).

Jamshed, 33, was given a ten-year ban by the PCB in August 2018, and had been anticipating a custodial sentence after changing his plea on the opening day of his trial.