Sindh Board of Revenue launches new system for NOCs, e-challan 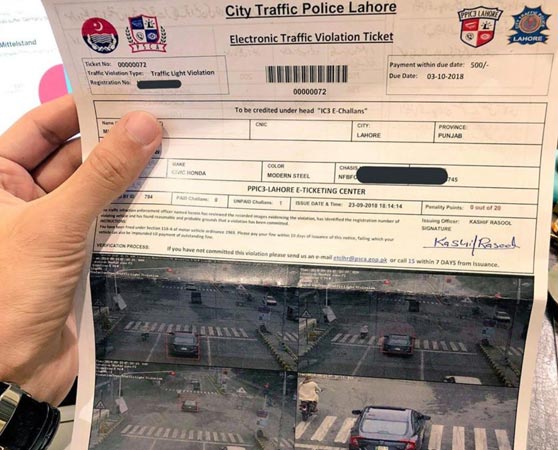 “The Board of Revenue for the first time in Sindh’s history has successfully launched a systematic No Objection Certificate (NOC) facility for sales, facilities for registration and E-Challan for revenue stamps to prevent corruption cases and facilitate locals and owners of the property. On Thursday 9th July, 2020 Board of Revenue Sindh announced that they have successfully launched a historic mark and achieved a major milestone in the greater public interest to prevent corruption in property transfer and sales cases.

A new system has been established which will include three different systems to facilitate local property owners across Sindh province. Initially 27 Peoples Service Centers are established in each District (HQ) headquarter, these centers have already started implementation of new system of NOC and E-Challan for revenue stamps.

Mr Tameez U Ddin Khero who is member Reforming and Support (R&S) Cell, Board of Revenue Government of Sindh (GoS) played key role in successfully launching the above stated mechanism at Peoples services centers.

He visited the people’s services center in person located at Dadu and Jamshoro to closely monitor the first day implementation. During his visit to people’s service center at Dadu, Mr. Tameez U Ddin Khero while speaking to media persons, he informed that 95% land records have been computerised and can be searched online at the page of the department.

He further added to his conversation that the computerized land records are housed in Centralized Data Center (CDC) which can be accessed online through any of the Districts across the Province to fetch record of any District of the Province through 27 Peoples Service Centers established in each District (HQ) head quarter. He elaborated that the above achievements were made under the Land Administration and Revenue Management Information System (LARMIS) scheme which was completed in 2016-17.

He also expressed to the media that systematic approach and implementation of the newly launched system is in full swing and the service centers have also made the records available to the public which may be accessed through online portal. During his detailed discussion he also informed that the system has also provided access to Banks for verification of land title, for providing loans to people such as; National Accountability Bureau (NAB), HBL, ABL, UBL, Sindh Bank and Askari Bank, etc.

He briefed that however, the second phase of LARMIS, i.e. LARMIS-II, which is also an approved scheme will include online mutation in land records through the field offices of Mukhtiarkars/Assistant Commissioners upto Taluka (Tehsil) level. He stated that automation of all our functions through integration & automation of project activities.

He said that execution of E-Stamps and E-Registration followed by Revenue Management by automation of crop assessment, billing through e-Mutation, e-Crop Assessment and e-Collection of Land Revenue.

He also added that online accessibility to Land Revenue Records and services and also at People’s Service Centers viz Sale Certificate, Inheritance, e-Passbook, Case Management System and others. He said that including the improvement of Survey Department and capacity building of survey staff.