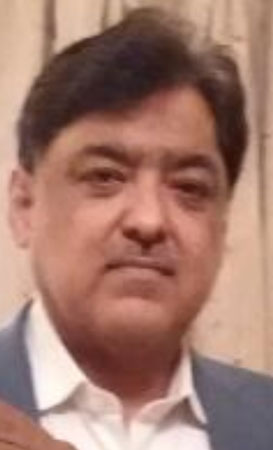 Syed Zulfiqar Ali Shah, an Officer of BPS-19, presently serving as Director Information (Advertisement) has been assigned additional charge of Directorate of Information (Press Information), notification in this regard has been issued on Tuesday.

Mr. Shah while serving as Director Information (Advertisement) has disposed off the outstanding dues and previous liabilities of different media houses including advertising agencies and newspapers amicably and transparently, his efforts were appreciated by the Minister, Secretary and media representatives. He is maintaining very cordial and friendly liaison with media persons and hold them at highest respect and assure them for the solution of their genuine and related problems. He said that interaction with media houses will be increased as to keep the public well informed through media regarding the public oriented welfare initiatives by the Government of Sindh.

He has also represented his respective departments and also Pakistan in different delegations while attending the media and other related seminars, conferences and symposiums in country and abroad respectively.

Keeping his outstanding performance and experiences in view, he has been given charge of Director Information (Press Information) one of the important posts of Information Department, Government of Sindh.