The Foreign Office on Tuesday expressed condolences over a deadly blast last week at a fireworks factory in northwestern Turkey. 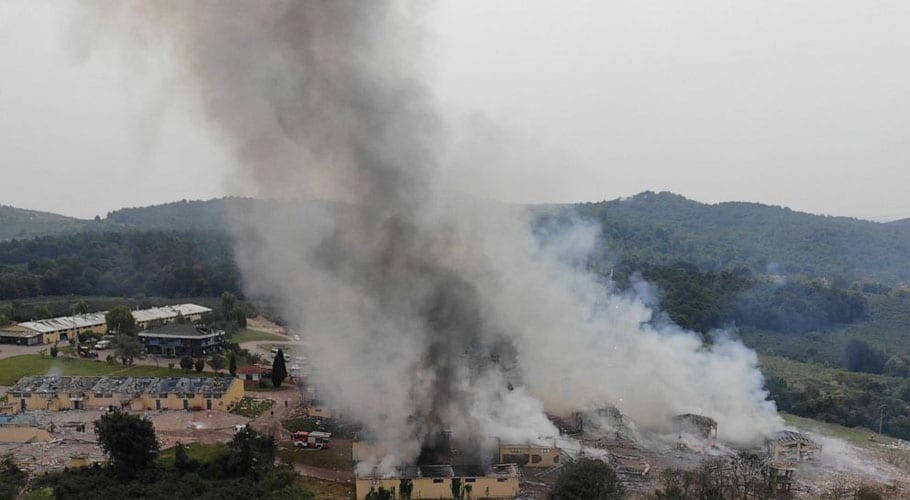 In a statement, the foreign office conveyed heartfelt condolences to the government and people of Turkey on the loss of lives and injuries to many as a result of an explosion at the fireworks factory in the Sakarya province.

“Our thoughts and prayers are with the victims of this tragedy and their families. We also pray for the quickest recovery of the injured,” said the statement. “As always we share the pain of our Turkish brothers and sisters and stand by them in this hour of grief.”

A deadly explosion at a fireworks factory in northwest Turkey on Friday has killed four people and wounded at least 94 others, Turkey’s health minister said. Fahrettin Koca added that rescue teams were working to recover at least 45 people trapped under the factory’s rubble.

Video posted on social media showed flashes, bangs and a huge plume of smoke at the Big Coskunlar Fireworks factory, located in the Sakarya province. It was unclear what had triggered the blast.

This is believed to be the third explosion at factory since 2009. Fireworks in Turkey are used to celebrate occasions like graduations, weddings and holidays.

President Recep Tayyip Erdogan also shared his condolences, speaking to media after Friday prayers in Istanbul. Erdogan said 189 people were working inside the complex in the Hendek district of Sakarya.