One of the most impeding characteristics in Pakistani society is the striving of people to do favours and to get favours in return, whether in cash and/or kind. To live life in Pakistan one needs patronage and/or protection for simple things like going to an office and applying for whatsoever. Even for access to a certain school for the kids we have to start finding someone who can help. To find that someone we have to keep people in those places happy by paying bribes or extending favours to them. Unlike favours for our friends we do this even for people more or less unknown to us because they sit in a place where we might one day need them to return the favour. The big ‘Dons’ of our society are so powerful that they don’t need any favours from others any more but like to give them gratis simply because it flatters their ego. As the recent PIA pilots fake licence scandal has shown, bribes were paid and/or favours dished out before the pilots could enter the service of PIA, again on the basis of patronage or bribes. Unfortunately, even those of professional competence and merit had to pay or get influence to get a job. The culture now requires you have to pay to get whether or not your proposal has merit.

The culture favours of and/or bribes to get things done is not confined to Pakistani alone. Doing favours in Europe and the West comes under the description of corruption, one entity that characterises the doing of favours is the Mafia. American author, screenwriter and journalist Mario Puzo who is known for his crime novels about the Italian-American mafia, has described it in his play ‘The Godfather’ like this: “Don Vito Corleone was a man to whom everybody came for help, and they were never disappointed. He made no empty promises, nor the craven excuse that his hands were tied by more powerful forces in the world than himself. The Don invariably found a solution to a man’s problem, “It was understood, it was mere good manners, to proclaim that you were in his debt and that he had the right to call upon you at any time to redeem your debt by some small service.” There is another side to this, it is called “filibustering”, you keep the person satisfied by being positive of doing him a favour with no intention whatever of doing that favour. In the meantime, in that situation of limbo you can get a lot of favours from him in return. Being a member of World Economic Forum (WEF) Partnership Against Corruption Initiative (PACI). I am privy to detailed discussions about this unfortunate culture in emerging countries. Unfortunately, my PACI colleague’s corporate entities in Pakistan do not practice what they preach during PACI deliberations. Whenever I bring it to their notice in Geneva, they are evasive about their “local” stance.

The weakness of the Pakistani state and its institutions because our post-colonial state is a British inheritance, at that time was based on British values and principles

Undermining rules and regulations that are in place in any country it comes under the head of corruption. How are fake bank accounts opened except by bankers doing favours to clients? To hide money, to transfer money untaxed out of the country, bankers even opened accounts on people’s names who didn’t know about it, the owners of the money could there operate those accounts it on their own. In some cases, very poor servants of those engaged in money-laundering riding cars with guards accompanying them wherever they go since they were the ones operating the accounts on behalf of their masters, and it is necessary to “protect” them. Fake ID cards are issued for plots transferred in other peoples’ names and many more things that undermine rules and regulations to avoid paying taxes and undermine the state and its institutions in multiple ways. There are several reasons for it. Why such behaviour so much entrenched in our society?

Pakistani society has preserved until today many pre-modern social structures like tribal societies, clans, biradris, and extended families. If one person who is part of such a social structure attains a position of whatsoever influence it is his traditional obligation to extend favours to other members of that social structure. If he would refuse that some kind of retribution would be put on him by the social structure. In addition, next time when that person needs a favour he would be shunned by the other members of his clan. Given the fact that living day-to day life without some help is almost impossible or at least extremely burdensome these pre-existing social structures that in a well-functioning state with strong institutions would have weakened and may be dissolved by now are reinforced again and again. A study to that extent has been done in (former) FATA where government structures are absent or weak at best and tribal connections have been found to be strengthened because that is all help a person could rely on.

The weakness of the Pakistani state and its institutions because our post-colonial state is a British inheritance, at that time was based on British values and principles; the ruling elite after 1947 consists of pre-modern British appointed feudal lords and tribal chieftains and religious personalities who mostly have no understanding of the values like equality or fraternity which should be the sentiments upon which a modern nation state is based. Long years of military rule and the inherent nepotism it fosters when the stay is elongated has certainly added to the difficulties to run a parliamentary democracy and its institutions. Our best and brightest are the ones who are selected on merit for the bureaucracy. Unfortunately, once they understand system and the precis that go with it, they tend to deliver on good governance what they are capable of. Most bureaucrats are outstanding, being compromised by money and/or influence their potential for good governance is destroyed.

To be successful a modern state in whatsoever form to be based on those ideas of equality of all citizens in front of the law and the fraternity, i.e. solidarity between the citizens of differing social status. The needful reforms in our economic system like land reforms, extension of tax system on agricultural income, social security for poor and lower middle class and in the educational system where values like merit and straightforwardness have to be developed in the minds. There is also the identification of the citizens with the state of Pakistan. Even in the face of draw-backs and hick-ups people do identify with Pakistan. To do so more efficiently it would be important to figure out what exactly is Pakistan’s national interest. This is not something self-explanatory. Unfortunately, a public debate people from all walks of take part would be ideal but would throw up more controversy. That includes much more than just military or defence interest. It focusses on what the people want their country to be all about. Certainly jobs, social security would be among the demands. But things like a broad understanding about Pakistan’s place in the world have to be part of it as well. How do we relate to our past and what we see as our future?

I have worked on a project of national consequence for some time. While I have certainly a personal vested interest in it, it has far reaching benefits for the poor and impoverished. For technocrats it is a no-brainer. Forsaking paying of bribes to get the work done and fortunate to deal with honest officials, I have nevertheless been hampered by my competitors who paid bribes not to let my project, conceived and implemented totally in Pakistan by young Pakistanis, function. A situation came when person whom I thought had great professional competence honesty and integrity, was appointed in a position of consequence, I rejoiced in hindsight, I should have gone the route of bribery to get even things on merit done, it has been a saga of frustration being bring by this gentleman fed on promises that he did not mean at all. My only question is why? On what motivation for the subsidy for exports of sugar and wheat agreed to was the answer! If you look at the pattern of favours close by this individual whom I once held in great esteem, it is completely based on friendship and/or personal motivation. It has nothing to do with the public and/or national interest, but rather at their cost.

What really concerned me was the lack of importance being given to what is a national project. It is true I have a vested interest in it but far above that is the national interest, not only for the economic emancipation of the poverty-stricken masses but a giant step for documentation of the economy. Much later I realised that my “friends” gave only lip-service because they had no monetary interest and were embarrassed to ask me for this. Can you imagine that this is the priority given by those who matter to such a vital issue if it does not benefit their pockets?

The current government of Pakistan has made the fight against corruption its central endeavour. While going after misappropriation of public money, of tax evasion and others for what the NAB would be responsible, there have to be other initiatives in the field of education, media and may be other places to support the understanding that rules are there to make a process transparent and applicable to everyone in the same way, including those in a position of trust. Cutting corners, avoiding the rules or the process undermines the function of the respective institution and along with that, the state these people are not committed PTI hard-core but have served every regime, including Asif Zardari’s. Deeds for ‘friendship’, favours or straight forward bribes the bane of our society and undermine the very existence of Pakistan. Those who dish out such favours should be investigated by NAB, prosecuted and, once convicted, made an example of. 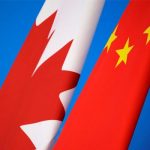 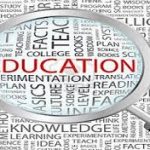 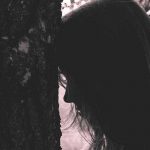 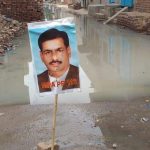 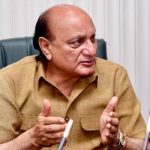 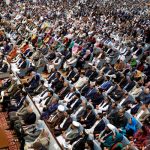