* According to a well-placed source, 'Ahead of commencing the shoot for Shakun Batra's directorial, Deepika Padukone has started training for Yoga' 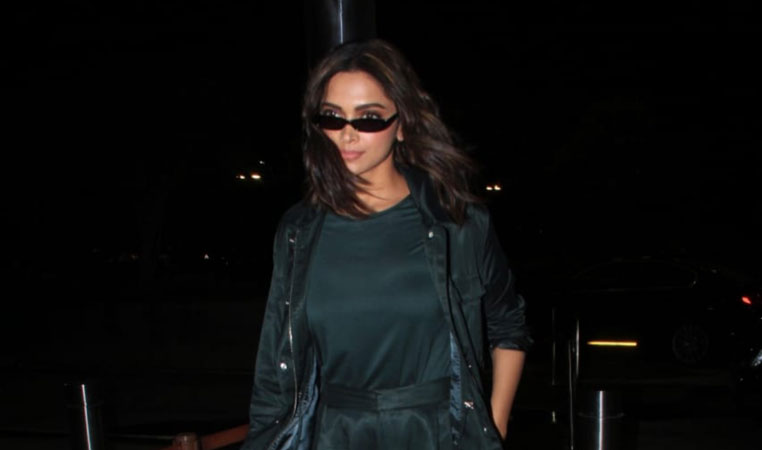 With her talent and on-screen presence, Deepika Padukone has proved that she can play any character with utmost passion.

Ever since her upcoming movie with Shakun Batra has been announced, fans have been contemplating as to what new does the actress have in store for her fans. We hear that Deepika has recently started engaging in yoga as part of her preparation for her role.

According to a well-placed source, “Ahead of commencing the shoot for Shakun Batra’s directorial, Deepika Padukone has started training for Yoga. It is a part of her preparation for the film. While there is no understanding of how this is going to be of help to her in the film, as not much is known about her character, it is only known that she has recently started training for it.”

There could be some connection of it with her role and the makers are keeping all the details under wraps. The actress has been reading parts of the script every day as she doesn’t want to lose touch with her character by the time they start shooting for it.

Deepika delivers an exemplary performance on the celluloid and the credit goes to her diligence, passion and determination. She thoroughly seeps into the skin of her character and walks an extra mile to achieve the finesse. Had it not been for the lockdown, a major chunk of the film’s shoot would have been completed in Sri Lanka. However, the actress will start shooting for the film as soon as the lockdown is lifted.

On the professional front, she will be next seen with Ranveer in ’83, which is based on the Indian Cricket Team’s victory in the 1983 World Cup. Ranveer Singh plays Kapil Dev, who was the captain of the World Cup-winning team. The film, which was supposed to release on April 10 has been postponed due to coronavirus outbreak in the country.