Afghanistan is a country, where national cohesion hardly existed. The theory of nationalism that unified various nations in early twentieth century, seems to be redundant in case of Afghanistan. Though Afghanis never allowed foreigners to settle in their territory, yet they have always provided room for ‘others’ to maneuver, owing to their disunity. The over inclination of Afghanis towards ethnic identities, galvanize their discord. Eventually, the country has paid price of this division in form of two long wars. After nineteen years of ongoing war, the people of Afghanistan had the first sigh of relief on the 29th of February, when the US and Taliban signed a peace deal for ensuring a peaceful withdrawal of US troops. President Trump’s promise of ending the Afghanistan war before elections had also been instrumental in bringing the opponents to negotiation table.

However, peace still seems a distant dream, given the differences of variant Afghan factions. After troop withdrawal from Afghanistan, how can the country be saved from a civil war? This question has perturbed the major stakeholders. The US wishes to have a quick but unanimous solution of the issue. But Afghanistan presents a classic case of ethnic divide. After declaration of election results earlier this year in Afghanistan, a tug of war began between the presidential candidates, Abdullah Abdullah, a Tajik and Ashraf Ghani, a Pashtun. Later, the two signed a power sharing deal on 17th May, 2020.

Now according to the power sharing deal, Abdullah Abdullahwill lead talks with the Taliban at Doha. Abdullah Abdullah’s Tajik origin and his past in which he sided with Ahmed Shah Massoud, commander of anti-Taliban force, in tandem might make Taliban skeptical of the negotiation process. The story of mistrust does not end here. Abdullah Abdullah and Ashraf Ghani both shared government in the past four years. This unity government remained contentious between the two contenders. Working for four years together in a government, could not mitigate the differences between the two rivals.

The spoilers of the peace process, that Pakistan has repeatedly mentioned to beware of, are quite active these day

The Taliban and the Afghan rapprochement is also conditioned on the release of prisoners from each side. Kabul is to release 5000 Taliban prisoners in exchange of 1000 Afghan personnel captives. Up till now, Taliban have released 700 detainees in exchange of about 3500 Taliban prisoners. But violence still remains a constant in the intra Afghan relations. On 14th June, 2020, Afghan Interior Ministry spokesman Tariq Arian said that in the past one week Taliban carried out 222 attacks against Afghan security personnel, ‘resulting in death and injury of 422.’

At the moment, there is no one in the Afghan government who truly represents the people of Afghanistan. People of Afghanistan have lost trust in their political leadership. The election turnout in the last year was less than 25 percent, much lower than the previous elections. Taliban as an alternative power do not have support of the majority people, either. Their version of Islam is acceptable to rural Pashtun population, constituting about thirty percent of the population. If US forces withdraw without building consensus amongst warring Afghan factions, there may be a fierce civil war leading Taliban to take over. 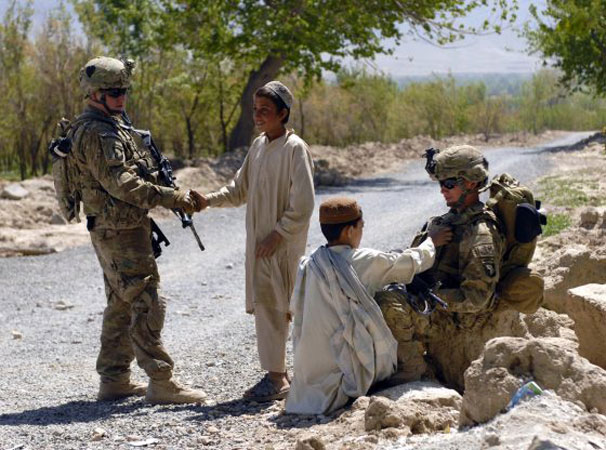 In such a scenario, if Taliban reestablish their links with Al Qaeda, chaos in the region will be inevitable. A recent report by UN Sanctions Monitor has caused damage to Taliban who largely tout about severing ties with Al Qaeda. The report says that Taliban still have linkages with Al Qaeda. This report can have serious repercussions on the intra Afghan dialogue as well. In the backdrop of the report, US central command top general, Gen Kenneth F Mckenzie has cautioned against the complete withdrawal of the US troops from Afghanistan until Talibanclearly demonstrate that they have no links with Al Qaeda.

Taliban have denied the report. However, the report carries another revelation, that Tehreek-e-Taliban Pakistan is also privy to the Taliban-Al Qaeda bonhomie. If Taliban assume full control of Afghanistan, Pakistan would also face serious consequences. The question remains that what is the credibility of this report. Is it another ‘spoiler’ in the ongoing peace process. Or does it carry findings based on empirical data.

The writer is research analyst Institute of Regional Studies